Motel is a combination of the words “motor” and “hotel”. The term comes from the usual placement of motels near long stretches of motorway, benefiting drivers on a long trip. Normally, motels offer – in contrast to other hotels – fewer facilities at a lower rate. Below, you can read a more thorough history of why motels came about and how they differ from hotels today.

Hostels is another budget-friendly and often very social stayover option. Guests do not reserve rooms at hostels but rent beds – usually a bunk bed in a dormitory with other travelers. Below, you can read about how hostels are modernizing to stay relevant and how hostels differ from other types of hotels.

The origin of hotels

We have to travel back to 2000 BC, back to the time when Hammurabi ruled in Babylon, to find the very first documented legislation about operating inns (and the rental of rooms). Among other things, this document describes which fines are given to innkeepers who dilute the beer they sell. Fast-forward to the 1700s: the industrial revolution begins, pushing demand of stayover opportunities to increase. In Denmark, a national postal service is established to deliver post across the country. To make this system possible, King Christian the 5th issued a decree to open inns and taverns in the cities that mailmen would travel through. One of those hotels was Prindsen in Roskilde. This type of infrastructure development has always been a large driver for demand in the hospitality industry. 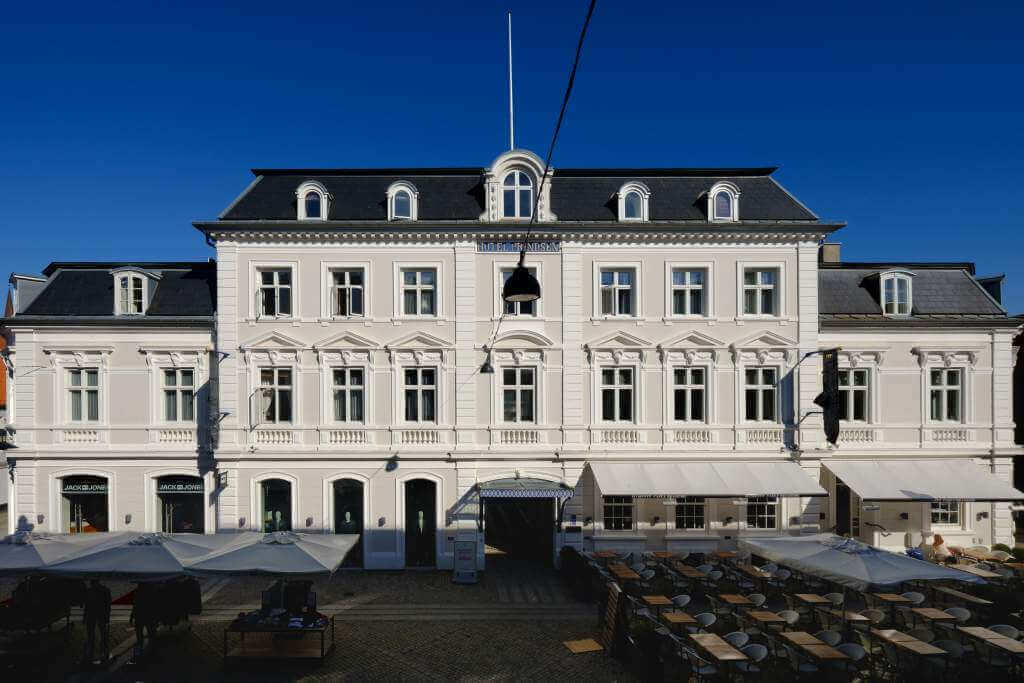 The beautiful Prindsen building in Roskilde

Motels are driven by infrastructure in the USA

Just like the postal service increased demand for stayovers in the 1700s, the America’s huge investments in large highway systems created a much larger and more varied demand for stayover opportunities across the nation. It became more regular to drive long distances – both for truck drivers and for families. Until the 1950s, the available hotels had very central locations in cities, but with the infrastructure investments a new market grew in America. Hotels began opening by motorways to offer an easy and cheap stayover solution for drivers in need of some shuteye before their journey continued to their final destination. This is one of the characteristics of motels; regular hotels are usually located at the final destination, but motels are just a midway stop.

We don’t see too many hotels in Denmark, and for a good reason. As described above, motels serve the purpose of a midway break. There is a big need for this is a country like America that is 9,600,000 sqm in size. Denmark only counts 43,000 sqm, and you can drive from one end of the country to the opposite end a couple of times in a day, so the need for motels doesn’t really exist.

Hostels as a reaction to the industrial revolution

While motels were a natural development of the industrial revolution and the improved infrastructure, hostels were a retaliation against and reaction to the industrial revolution. It was in 1909 that Richard Shirrmann, a German public school teacher, established the world’s first hostel so that he could bring his students on fieldtrips. Hostels are by definition a cheaper and more social accommodation alternative. The purpose is to create facilities that appeal both economically and socially to young people who want to experience more of the world, learn more about new cultures, and get away from the busy city life and into nature. 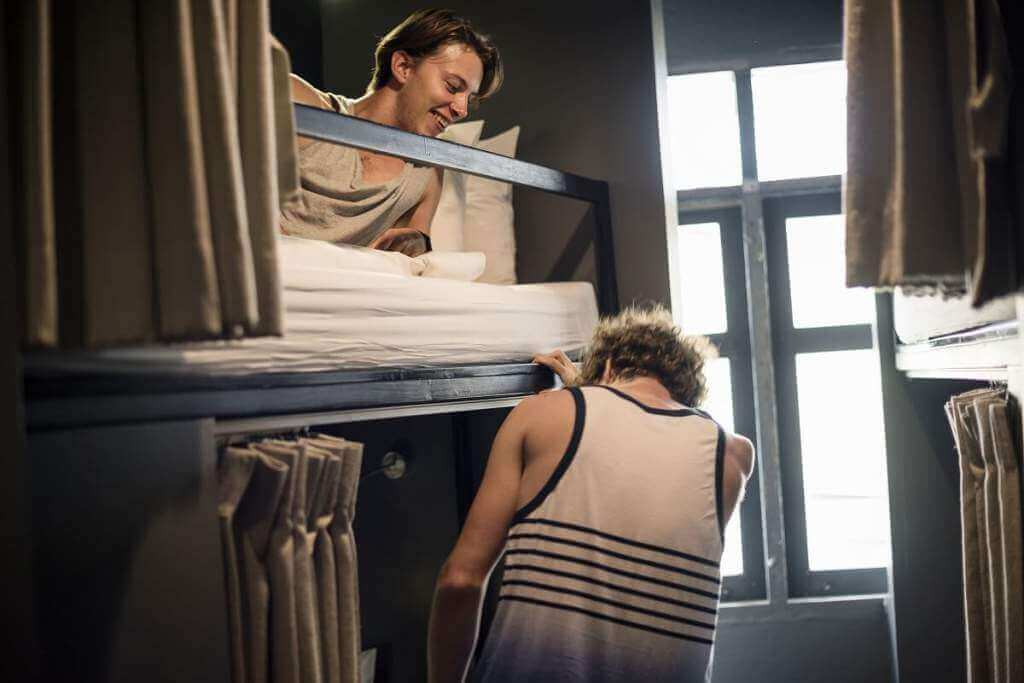 Friends in a dorm room at a hostel

Often, we associate hostels with worn out facilities and rickety bunk beds. And at many places this may also be the case. However, many hostels are modernizing today to stay competitive. Usually, however, it is not the rooms that are modernized but the communal spaces. The rooms remain simple as they only serve the purpose of sleeping. From our experience, it is the communal spaces that are given a modern look; they are extended to encompass more social spaces with various types of seating and offer surprisingly great bars.

Difference between motels and hotels

Motels can be defined as hotels that are located with easy access to motorway junctions. Motels are often associated with cheaper solutions, fewer facilities and lower quality. Furthermore, the traditional motels were always built in I-, L- or U-shaped buildings with a large parking area surrounding it. Motels are also associated with buildings of two floors, outdoor access, and room halls towards the parking area. We don’t really have motels in Denmark; the few properties that are close to this description are more often than not just called a hotel or an inn (although an “inn” is an even older term for a business that primarily offers food and beverages, and provides stayovers as a secondary service).

Since motels are an subcategory of hotels, the differences between the two are a bit blurry. But here we have tried to make an overview of the commonly associated differences: 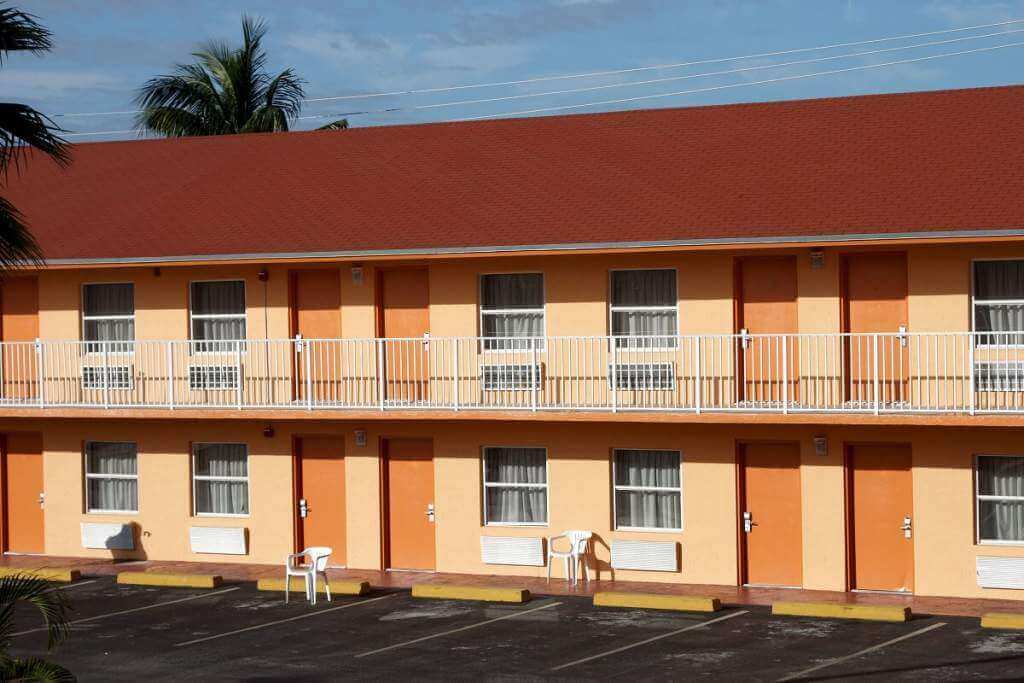 Difference between hostels and hotels

Hostels are a cheaper and more social hotel category than many others. Cheaper because you rent a bed instead of a room. More social because you sleep in the same room as others and because of good social facilities to meet other travelers. Hostels are mostly used by young people with limited budgets that do not mind saving money at the expense of privacy. The many young guests, the desire to travel, and the open minded culture make hostels informal spaces between staff and guests.

Actually, we have been classified as a 3-star hotel chain by HotelStars, but we don’t go around advertising it. Because what exactly does 3 stars mean? We see ourselves as an economy hotel because we offer affordable rooms. We also see ourselves as a limited service hotel because, well, we offer fewer services than other hotel categories. However, we have many self-service opportunities just like hostels. Neither are we motels, but we obviously have fewer facilities than luxury hotels, which is also reflected in the room rate.

To some extent, some cheap hotels can be called “motels” if they are located near motorway junctions. For example, both Zleep Hotel Ballerup and Zleep Hotel Copenhagen Airport are located near motorway exits, both have large parking areas, and both offer affordable prices compared to other hotels in the surrounding area. But the services and facilities that we do offer are of high quality. It is hard to put hotel categories into boxes, but Zleep’s hotel concept (good quality, low rates) is making traditional motels obsolete in Denmark. 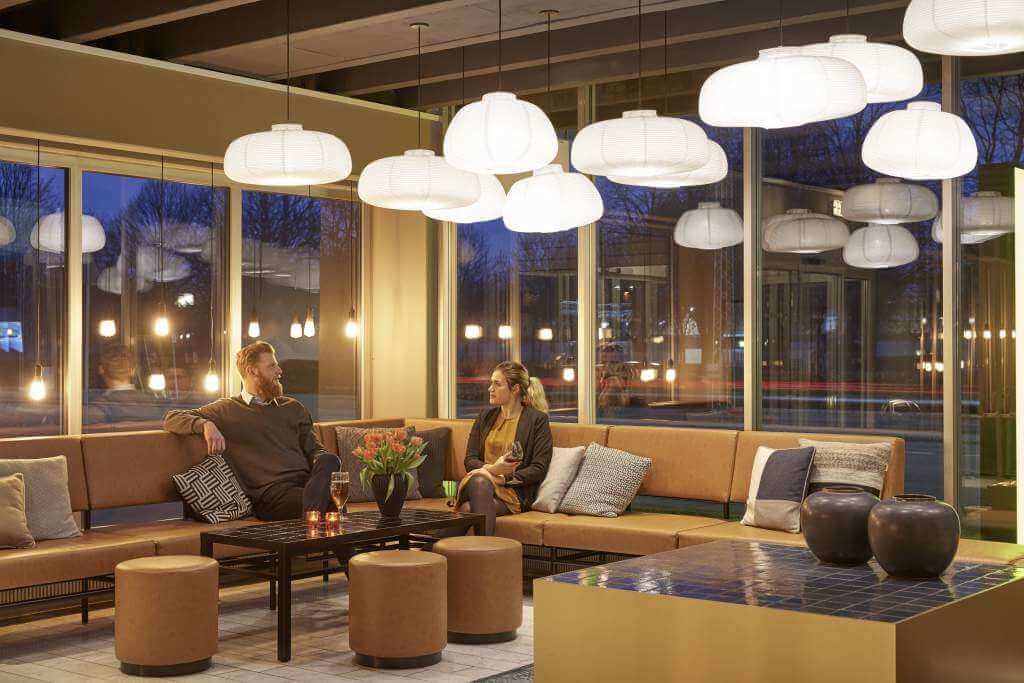 We can in no way define Zleep Hotels as a hostel due to the fact that we offer rooms, not bunk beds in dorms. However, we have used the hostel approach to communal spaces by designing several cozy spaces to lounge and be social as well as improved the beverages on offer in the bar. You will especially experience this at hotels such as Zleep Hotel Copenhagen City and Zleep Hotel Billund Airport. In the reception, it is also a “host” that welcomes you instead of a traditional receptionist. This creates a more informal atmosphere in the lounge area – and we are available as local guides and to assist you check in on the self-service machines.