At the beginning of the new year, Aalborg got placed number eight on the New York Times list of cities that are worth visiting in 2019. As number eight on the list, Aalborg places itself in front of well-known cities such as New York City and Los Angeles in the US, Marseille in France and Hong Kong in China. We at Zleep do not miss such a performance, and therefore, of course, we take a closer look on some of the city’s attractions, innovative buildings and artistic areas. In addition, 2019 is also the year in which Zleep Hotels has returned to the capital of northern Jutland, so if the eighth place is not enough to convince you to visit the city, our hotel might persuade you. Either way, you can now stay within walking distance to the city’s attractions, sleep in a lovely quality bed and enjoy both Zleep and Aalborg when you come to visit the beautiful northern Jutland. 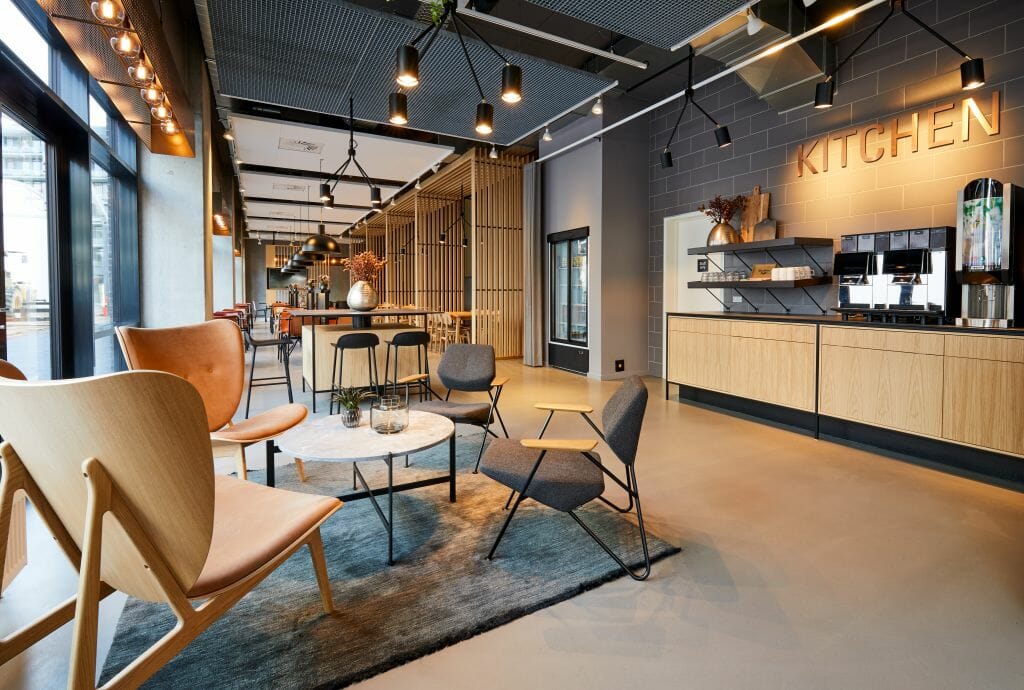 Although Aalborg is Denmark’s fourth largest city, it is manageable to get around regardless of whether you prefer to experience the city on foot, on a bicycle seat or from a car window. In addition, Aalborg is full of contrasts. The city is quite a modern cultural city, as The New York Times describes it, but Aalborg is at the same time an old workers town with many industrial areas, and for that very reason the atmosphere is quite special and contrasted. As a good example on how the industrial and modern initiatives fuse together in the city is Aalborg’s waterfront, which has undergone some transformation over the past few years. Today, it is not only the dock workers that walk along the waterfront, but also families with children, young students and everyone interested in culture. The atmosphere is exhilarating, the gastronomy is exquisite and the architecture is world-class. 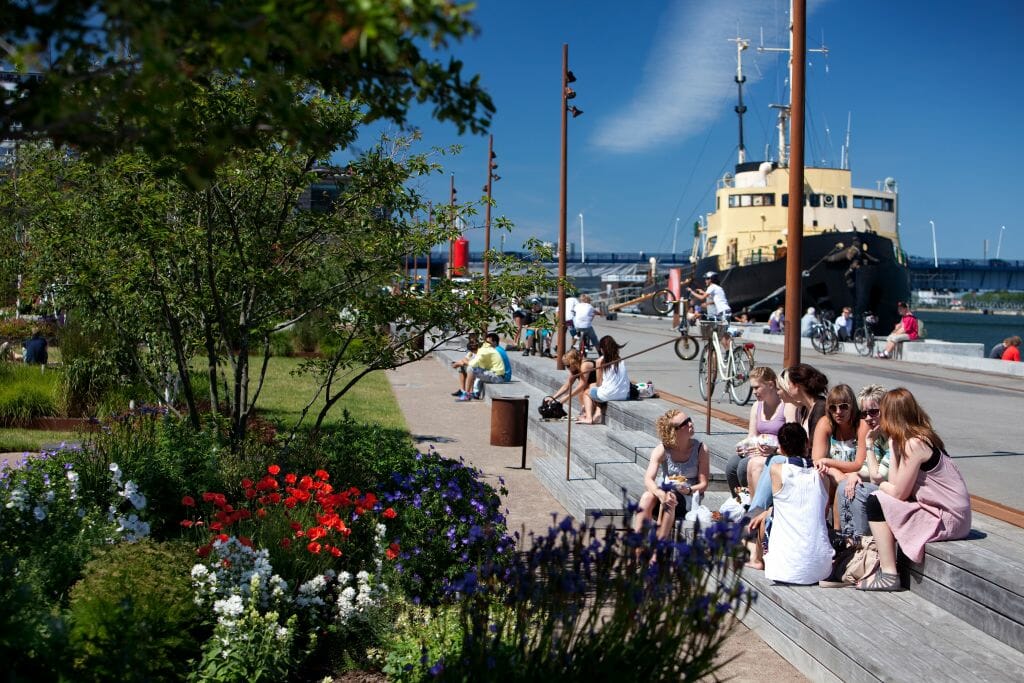 In May 2008, the doors opened to the experimental culture and knowledge center, Utzon Center, right by on the waterfront in Aalborg. The center is designed by renowned architect Jørn Utzon in collaboration with his son Kim Utzon and became the starting point for the new waterfront and its vibrant city life. The architecture is inspired by Aalborg’s cement factories, industrial areas and dockyard, but designed in a modern design. Jørn Utzon’s center thus is a great example of the city’s fine contrasts.

If you explore the Utzon Center, you will find exhibitions and similar forms of communications inspired by contemporary trends in Nordic architecture, design and technology. The exhibitions are constantly changing, so there will always be something new to experience. 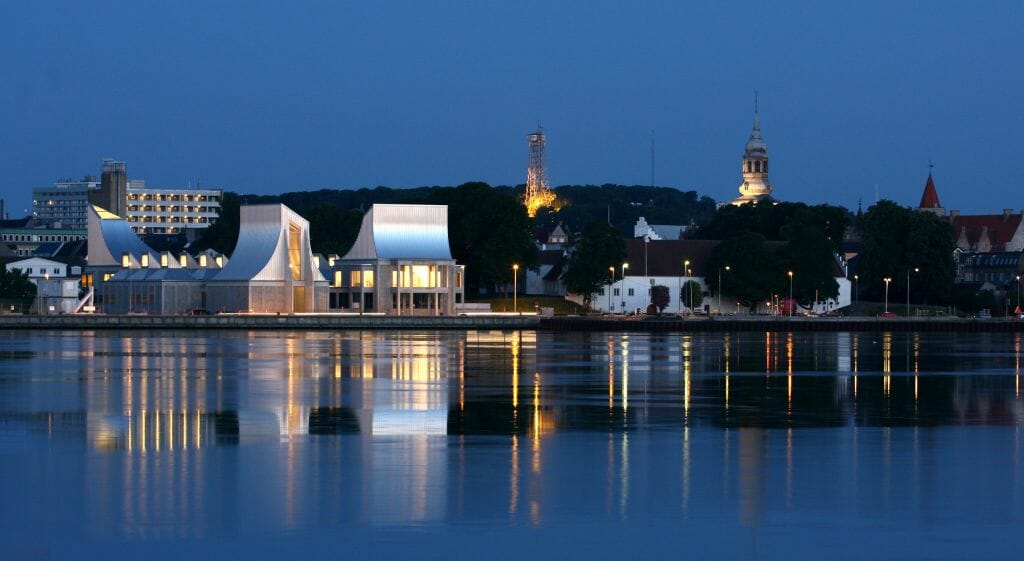 2. Musikkens Hus (the House of Music)

On the same waterfront with a view of the Limfjord you will find another architectural gem in the heart of Aalborg; Musikkens Hus. The building is designed by the world-renowned architectural firm Coop Himmelb(l)au and has since the opening in 2014 become a landmark for the northern Jutland. On The New York Times list of cities worth visiting in 2019 is a picture of Musikkens Hus adorning the overview. In the concert hall there is room for all kinds of genres and tastes, but it is, however, primarily the home of the city’s classical music scene and Aalborg Symphony Orchestra. In the house you will find five scenes and four concert halls, the largest of which can accommodate no less than 1293 people, and which by many is considered an international concert hall worthy. Musikkens Hus is a place where the city’s people meet up regardless of music taste. 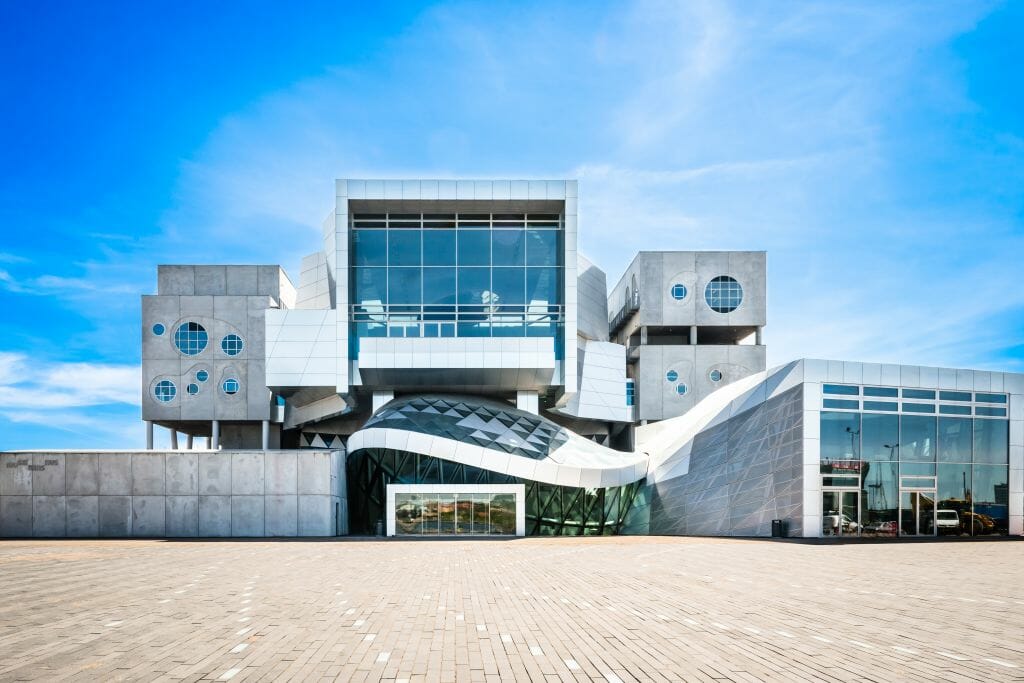 Kunsten is home to a unique collection of modern art in Aalborg. However, it is not just the visual arts in the exhibition halls that attract people, but also the exterior architecture of the building. The amazing structure grows up among trees and shrubs as an almost natural part of surrounding nature. In particular, it is the unique lighting conditions that have given the building its coverage and made it another landmark of Aalborg. The light penetrates from all angles through the window-coated surfaces. Kunsten is designed by the Finnish architect couple Elissa and Alvar Aalto in collaboration with Danish Jean-Jacques Baruel and built in the years from 1968-1972 but in 2015 it underwent a thorough renovation with the preparation of a new exhibition hall and a completely renovated sculpture park. As the name suggests, the building is a work of art itself with specially designed Aalto copper lamps in the ceiling and marble-covered floors and exterior walls. 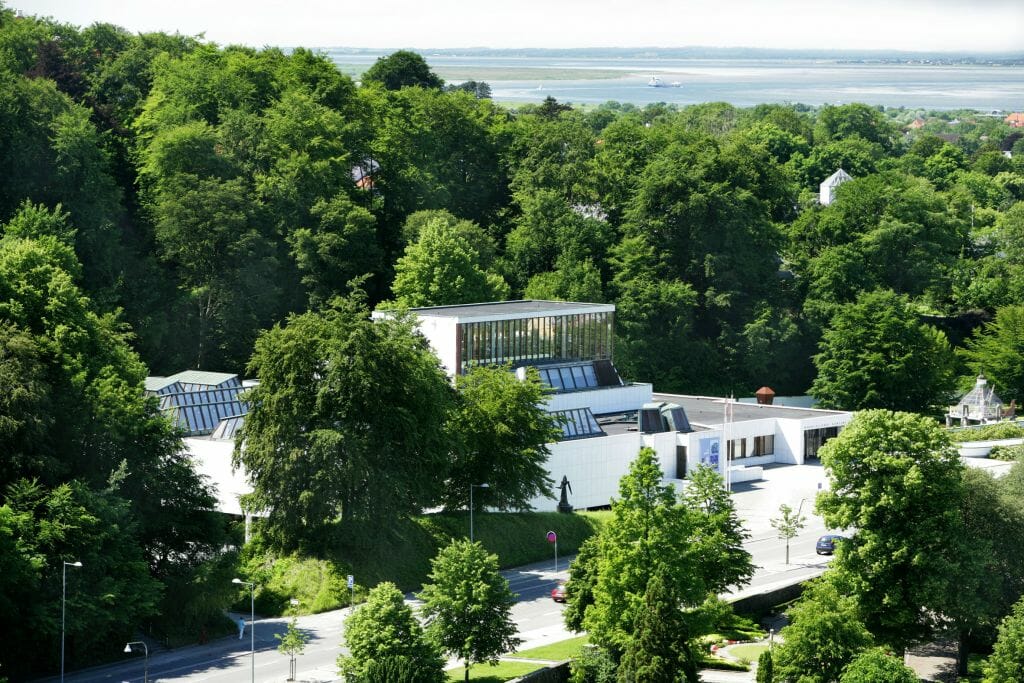 Events and experiences in Aalborg

As the capital of northern Jutland, Aalborg is home to many large events all year round. Most famous of them all is Aalborg Carnival, which is Northern Europe’s largest and most popular carnival parade. During the summer, all who take to water like a duck can enjoy the two baths Aalborg Havnebad and Vestre Fjordpark, and if hunger arrives, Aalborg Street Food Market offers gastronomic experiences for all tastes.

Every May since 1983 there has been a large party in the streets of Aalborg. Today, close to one hundred thousand happy participants join hands and spread joy all across the city. Everyone is dressed in colourful, creative and funny costumes to the pleasure of the many faithful spectators. Every year the carnival is kicked off by the International Carnival Parade, where guests from all over the world proudly showcase their own carnival traditions. Children and those young at heart are officially welcomed the next day when the Children’s Carnival takes place. The entire week’s events lead up to the Carnival Party in Kildeparken with music performances, food and entertainment. Kildeparken is located as a green backyard to Zleep Hotel Aalborg, so you don’t have to worry about partying all day and night and then having to try to find your way back to the hotel cause it is very easy. The Aalborg Carnival is definitely an event worth experiencing. The theme varies from year to year, but if you have plans to participate in the parade in May 2019, your outfit should reflect the theme “the four seasons”. We wish you all a great carnival. 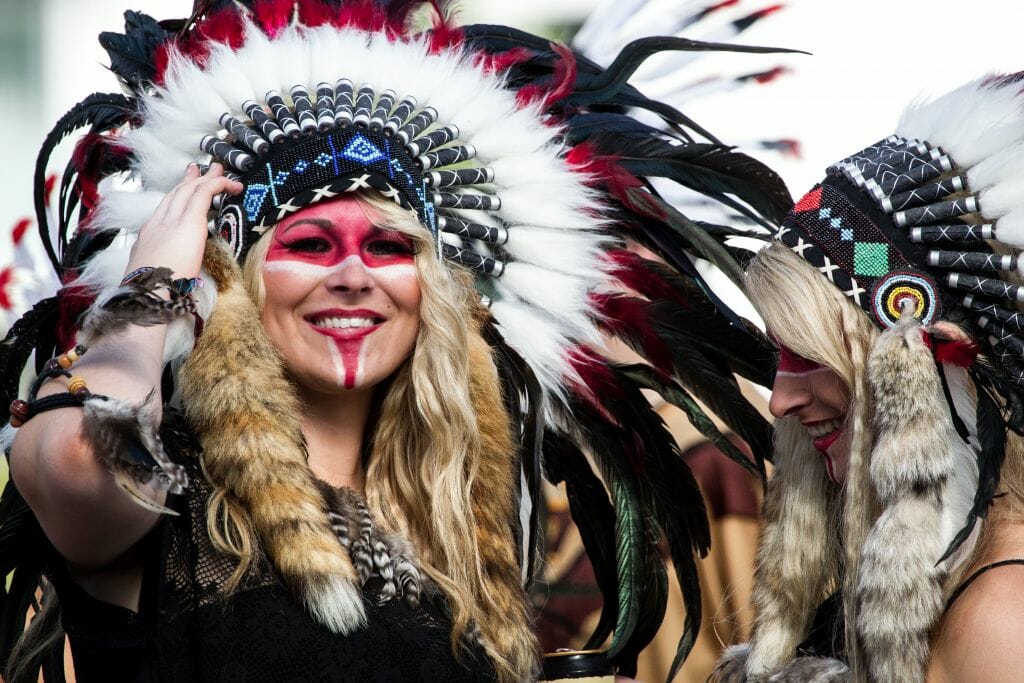 Are you visiting Aalborg during the summer heat, and are having trouble with the sweat running down your face and under your armpits, then you should visit the Harbour Bath by the water front or at the Western Fjord Park in western Aalborg where you have the opportunity to cool down and from here experience Aalborg from the sea side. You can jump directly into the Limfjord from the floating bridge at the Harbour Bath and take a nice swim or enjoy the heat from the water front under the parasols. Are you instead looking for games, water sports and activities, then you should visit the Western Fjord Park. Here you can paddle canoe, wind surf, climb on a climbing wall, jump in the water from the trampoline tower and much more. The Fjord Park is a 165.000 m2 large summer paradise that offers entertainment on both land and in the water. On land you can experience parkour, play football or throw a frisbee. If you are looking for a real kick, there is also the option of winter bathing. Enjoy your swim! 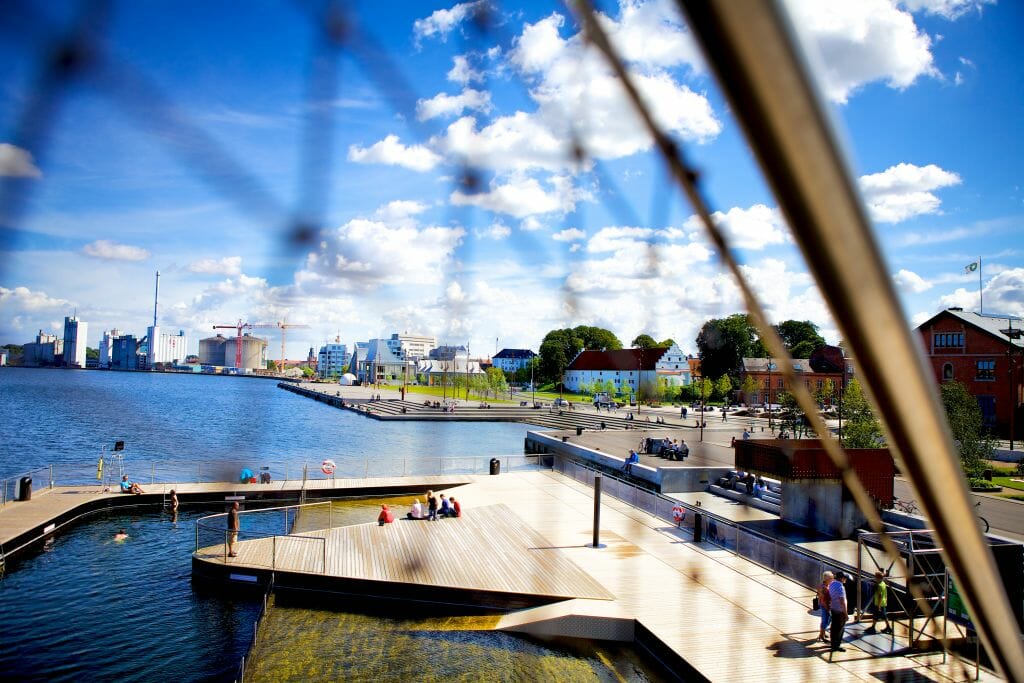 Are you more interested in experiences that fill up your stomach? Then Aalborg Street Food is the right place to go. Aalborg Street Food will take you around the world with its many food variations and providers. The market is suitable to both adults and children with its food for every taste. The food in the 16 different kitchens are homemade and there is focus on high quality and local ingredients. For only DKK 50, you can get a delicious gastronomical experience that can be enjoyed among other food enthusiasts at the markets many long tables. Regardless if you prefer the classic burger, wok, fish, Indian or something completely different, Aalborg Street Food is well worth a visit. You will find the market by Skudehavnen, close to Western Fjord Park and half an hour walk from Zleep Hotel Aalborg. 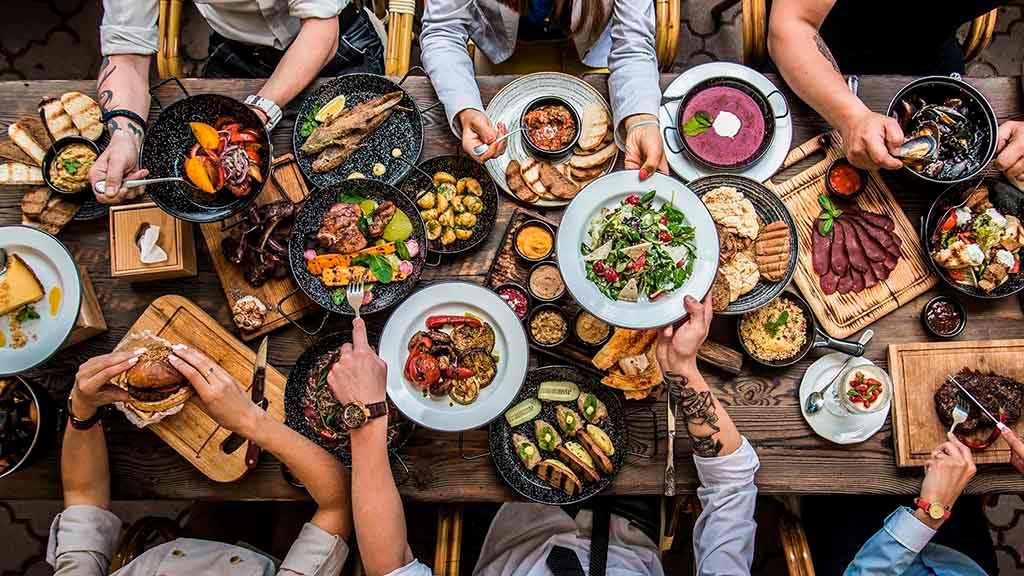 Because Aalborg is an old workers town, there is of course a lot of history there. Many of the central buildings hide interesting archeological and ancient monuments. Today the old buildings have new interior, but the facades and the inner soul remains the same and takes the visitors on a trip through time. In addition, Aalborg has a lot of treasures from both the Iron Age and the Viking Age. 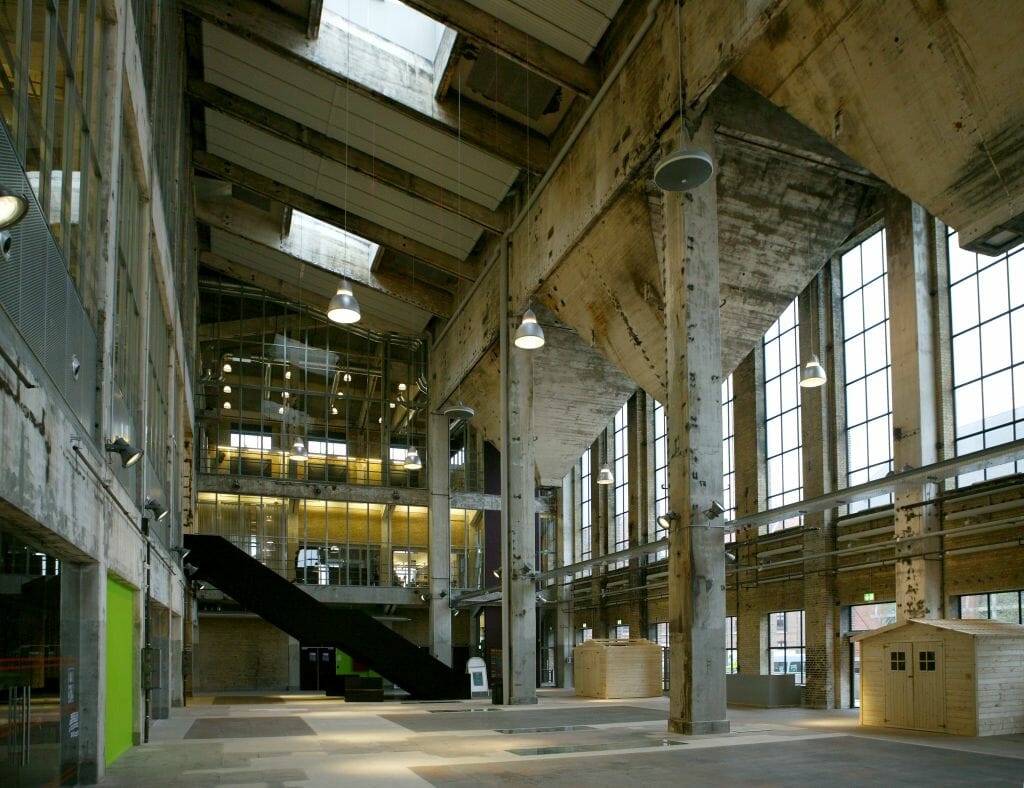 The old power plant, Nordkraft, that was established back in 1947, provided the citizens of Aalborg with electricity all the way up to 1997. Today it is not electricity, but instead culture that the old power plant offers the citizens. In 2007 the building went through a big renovation, still with respect for the old power plants’ soul and history and was in 2009 again able to open its doors to Aalborg’s new culture- and activity house. This is just another great example of a building with many contrasts in Aalborg. Even though Nordkraft today is home to both contemporary art and music, brunch and cinema and leisure and community, there is no doubt that the old concrete walls ooze history. Experimental photography, picture universes and street performances are among the events that can be experienced in the building.

You just have to go down to the water front if you wish to visit Nordkraft. As previously mentioned, most attractions are in walking distance from Zleep Hotel Aalborg, and many of them are centered around the water front. 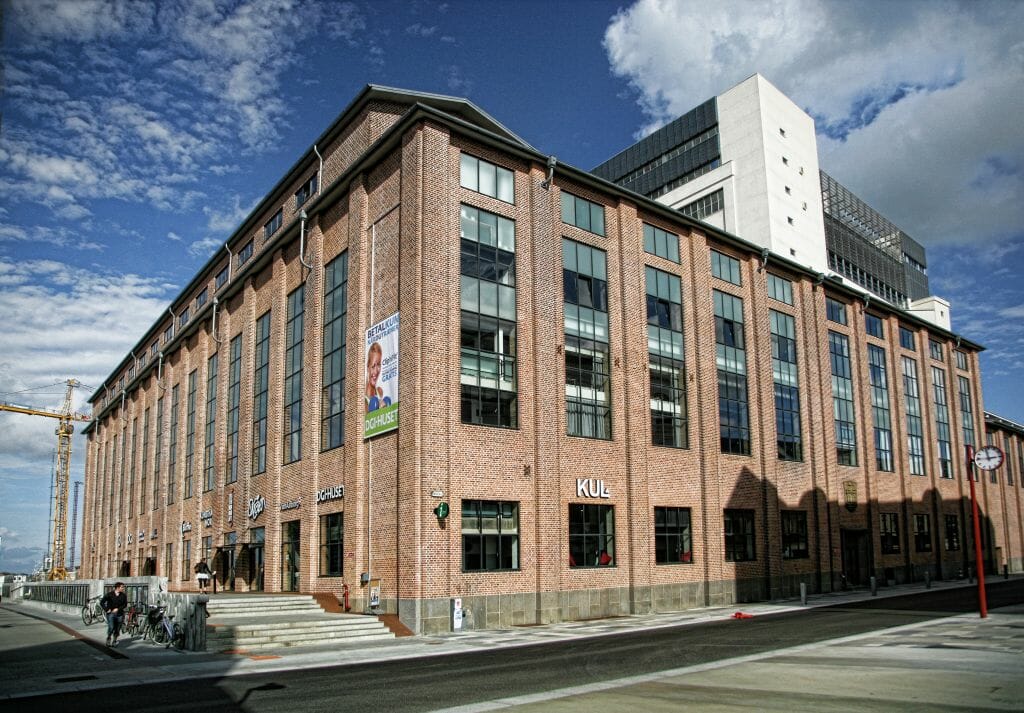 If you are interested in the somewhat older northern Jutland history, you must visit Lindholm Høje just 5 km north of Zleep Hotel Aalborg. Here you will find one of Denmark’s most beautiful ancient monuments with traces from both the Iron Age and the Viking Age. From the hill you can see almost 700 old burials that were erected in the period from around year 400 AD to year 1000. North of the burial ground, archaeologists have found traces of a nearby village with houses, fences, wells and cooking pits. But how can so old a burial ground, be this well maintained today? The reason is the northern Jutlandic climate. Around year 1000 large amounts of sand blew in over the mound, whereby all the gravestones were buried and thus preserved well under the heavy sand. We have to thank the northern Jutlandic wind for this very unique ancient memory. At Lindholm Høje Museum you can also explore the two archaeological exhibitions about the Iron Age and the Viking Age. We wish you all a good journey back in time. 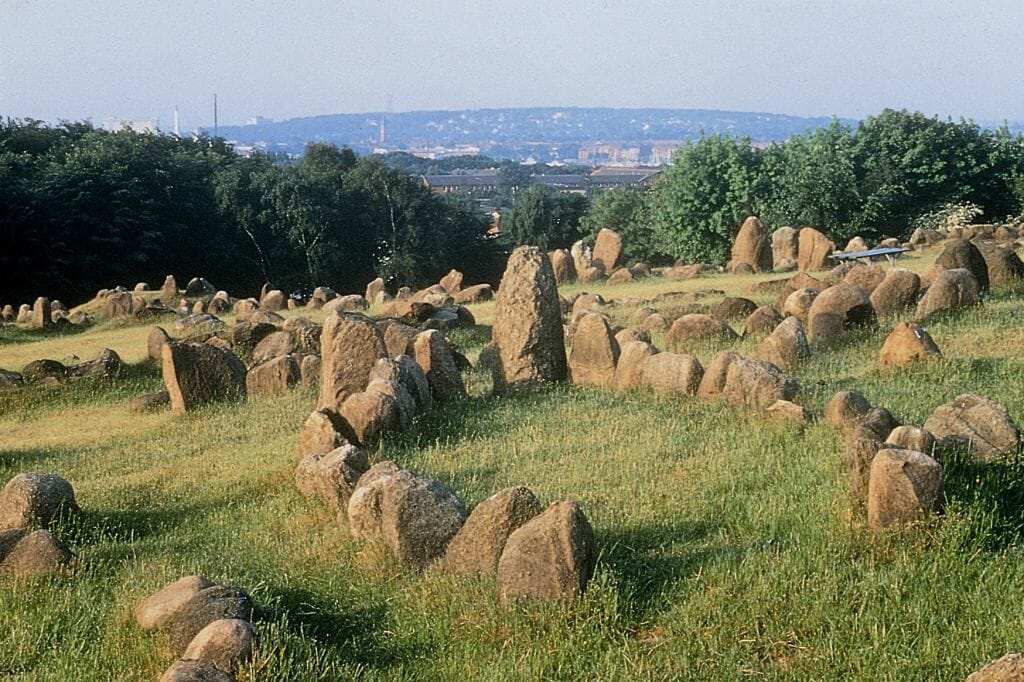 Last but not least, you should look forward to 2020, where the old liquor factory in Aalborg will frame a new, exciting work of art in glass. An artwork that will be the world’s largest of its kind. The liquor factory has once before put Aalborg on the world map with the production of the national snaps “Aalborg Akvavit”, or “Red Aalborg” as it is known in colloquially, and now the factory does it again. 68 glass modules, each measuring 4.5 meters in diameter, are put together in 2020 for the work of art with a height of 30 meters. The work, Cloud City, is created by Argentine artist Thomás Saraceno and will be visible during approaches to Aalborg airport. The plans are that the old liquor factory, and the surrounding areas, will form the basis of a new art center with room for both Aalborg theater, a micro distillery, an organic chocolate factory, a market hall, a boutique hotel and several luxury apartments. Even if you have never liked snaps, there is now good reason to visit the old liquor factory, and former home of the “Aalborg Akvavit”, in 2020. 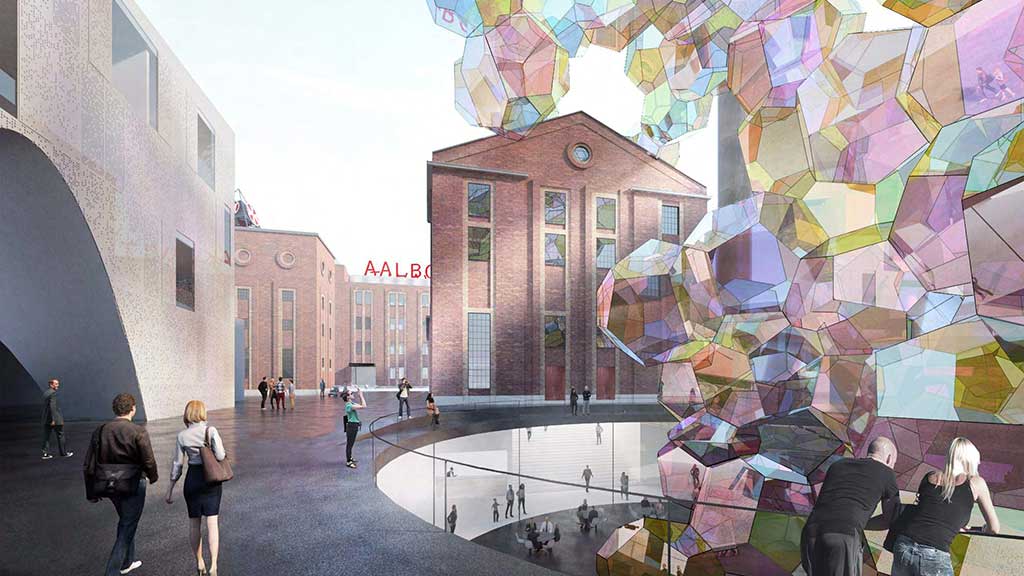 An illustration of the new Cloud City in Aalborg | ©VisitAalborg

We hope you have been inspired to visit Aalborg in the near future. It is easy to understand why The New York Times has awarded the city with a nice eighth place on their list of cities worth visiting in 2019. Aalborg here we come!