The easiest way to get around Stockholm is by far through the underground subway network. It is far spread, goes fast and often, and there is plenty of beautiful art to look at. Regardless if you’re going to the suburbs or keeping within the city, it is very convenient to take the subway. The 110 kilometer long network stretches almost anywhere you want to go, within the Stockholm boarders of course. 90% of the stations have been decorated with art from many generations back, and that is why the Stockholm subway is said to be the world’s longest art exhibition, literally speaking. 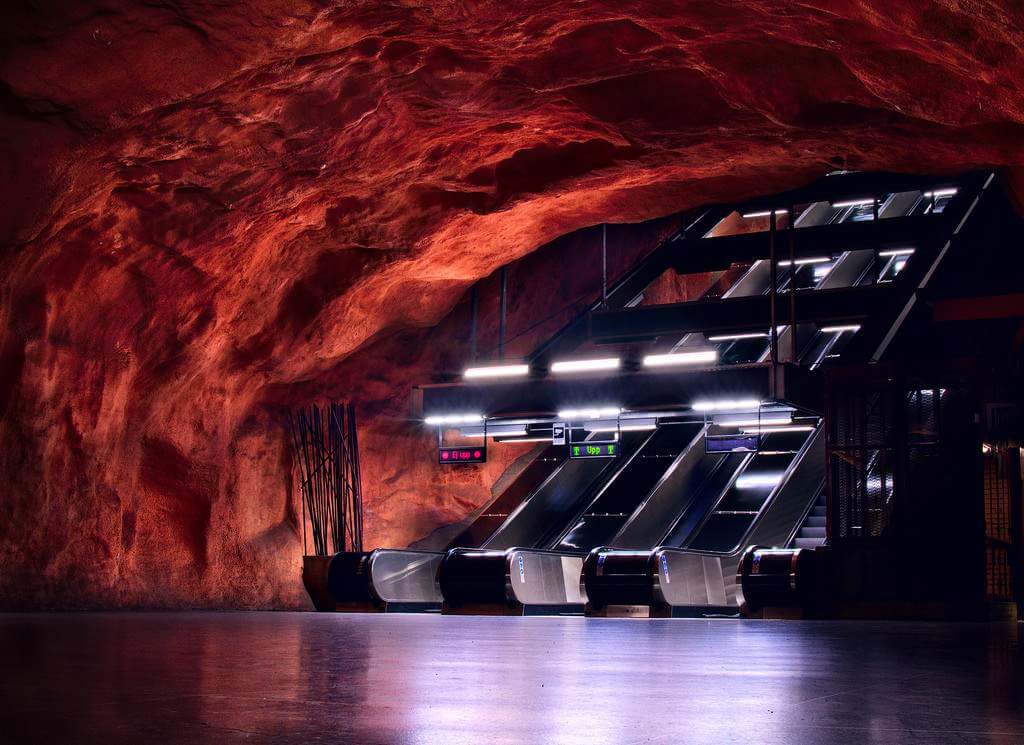 The central station in Kungsholmen

The subway opened in 1950, and the year itself was not particularly early, but it was very special, however, that a small town like Stockholm built a subway. Earlier, it was just large cities like Paris and London, and even today Stockholm is quite unique for its size to have such an expanded network. The first subway stops were between Slussen and Skanstull in Södermalm and it was the green line that was developed first. The newest addition is the blue line that goes north from the city center. There are set plans for further expansion of new subway lines in the future. 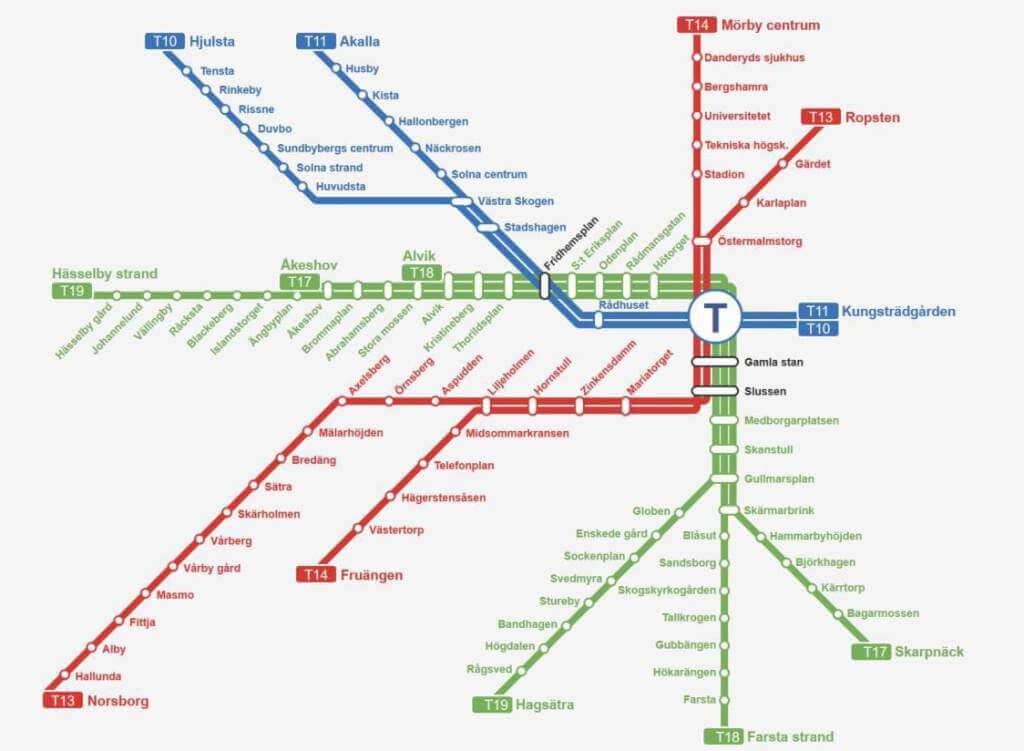 The Stockholm subway network. Soon it will be extended.

When you travel with the subway, it is like traveling through the history of art that stretches from the subway opening in 1950 with leading artists, to modern times and experimental works of art. The stations were decorated with all kinds of art works; statues, paintings, inscriptions, mosaic and installations, and it is not just the walls – often it’s all the way up to and across the ceiling. 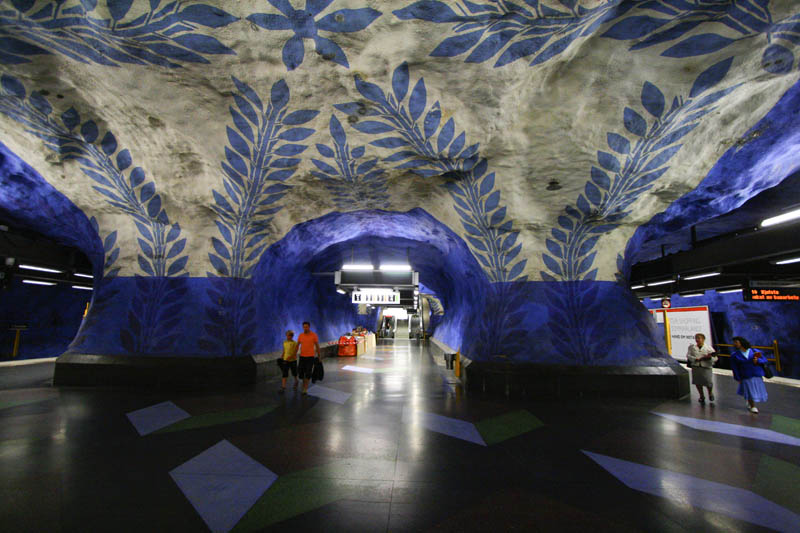 One of the many works of art at the central station, T-centralen.

If you’re interested in learning more about the art works, SL, the company that runs the subway, has arranged guided art tours that are given on a regular basis. New for 2017 is that the tour takes you to the two brand new commuter train stations at City central and Odenplan. On the tour you will learn about the art works and the artists, but also about the stations’ architecture. Read more on the website or discover it yourself with the help of the printable art guide, which you can download here. 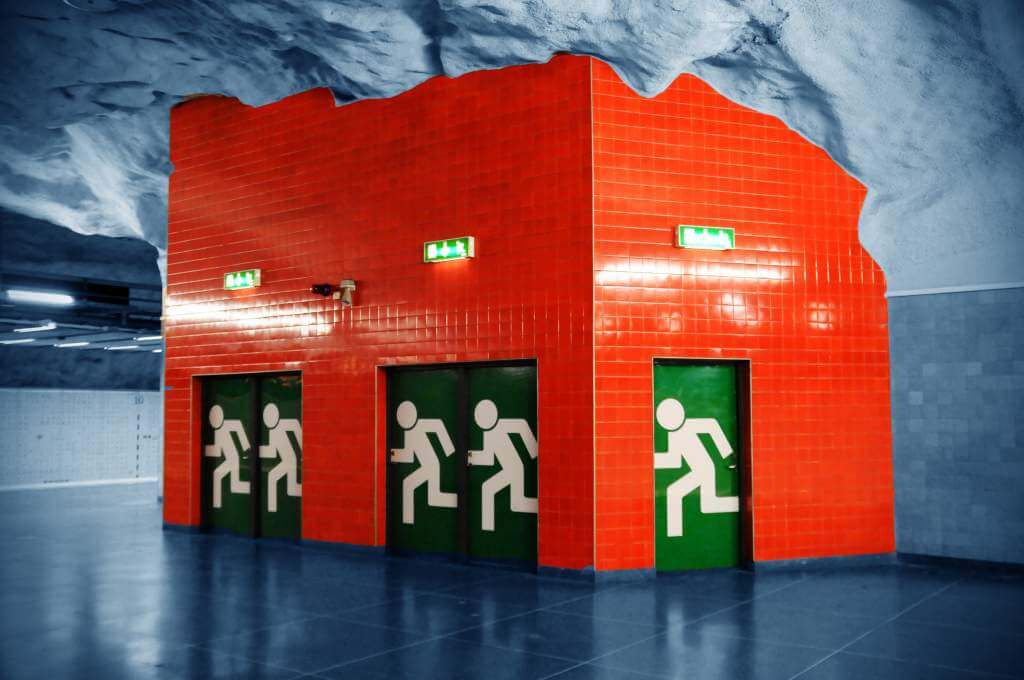 Either you can meet up with other art lovers at the starting point of the tour or book a group reservation. The tours start at the Central station, which is perfect for those of you staying at Zleep Hotel Upplands Väsby as you just have to sit down on the train that takes you all the way to the right station.