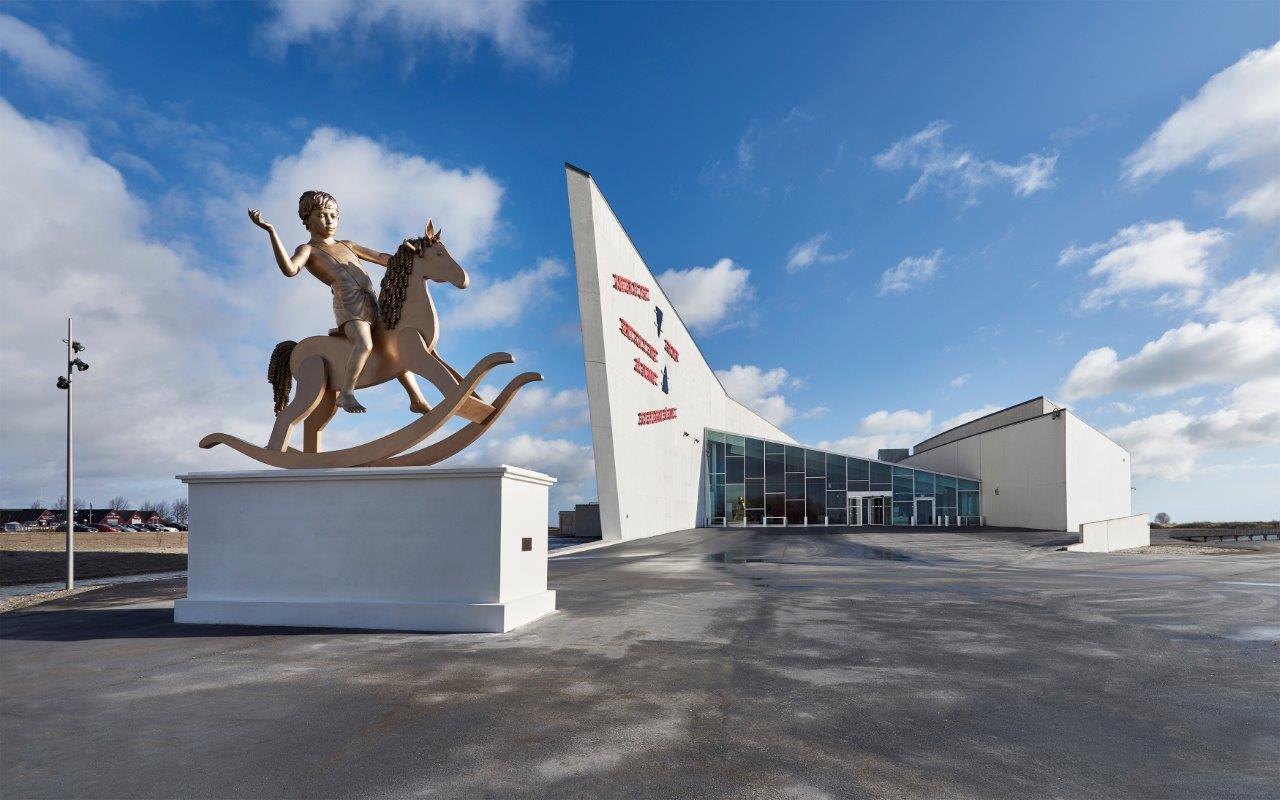 The winter break is upon us and when it is cold and grey outside, the only thing you want to do is stay inside and keep warm. On the other hand, you have to take advantage of the free time you have and do fun things with the family. Good thing Copenhagen is filled with exciting activities and sights for people of every age. Keep reading to get 5 great tips on things to do during your winter holiday in Copenhagen.

The Glyptotek opened its doors in 1897 and has today, more than 10.000 works of art. These extend from ancient to modern times and also take you on a trip around the world. It all begins in the ancient Mediterranean culture and from the Middle East all the way to the Roman empire. The Glyptotek presents everything from world known Greek and Roman sculptures, to Egyptian mummies and burial artifacts. Moving forward in time, one can experience the Danish Golden Age. It is also home to the largest collection of French art in Denmark. 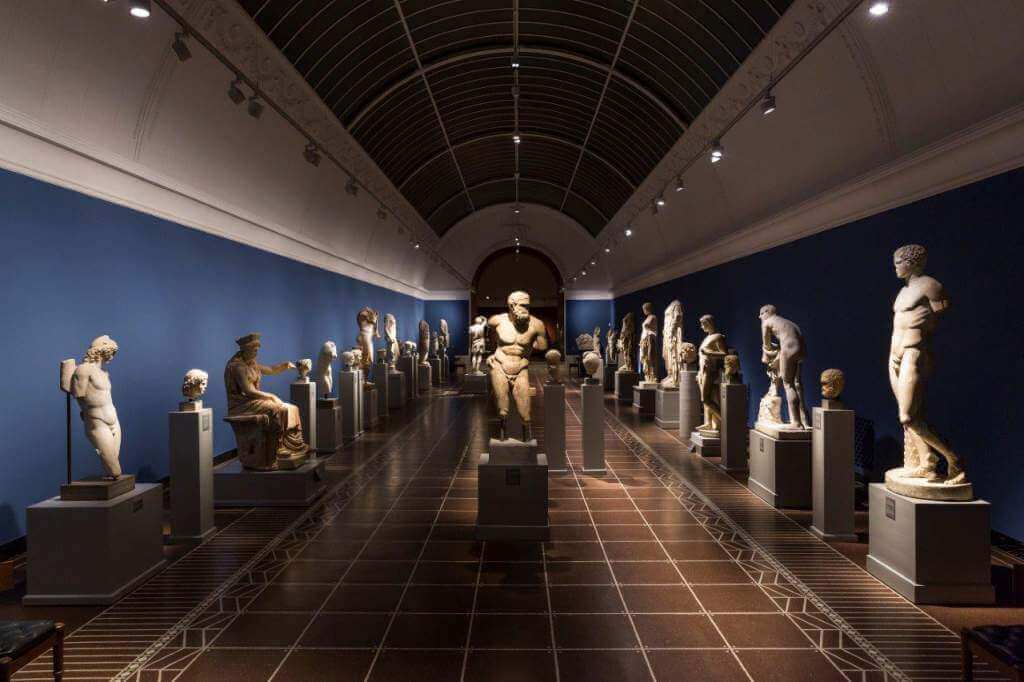 Excluding the permanent exhibitions, that are all very impressive, you can several times a year experience new temporary exhibitions as well as events, concerts and guided tours. One should also mention that though a lot of people visit The Glyptotek because of the collection, a lot of people also visit because of the museum’s very beautiful architecture. Keep up with the museum’s events in their calendar.

The museum is open almost all year, and if your timing is right you could be lucky enough to visit it when the entrance is free. At The Glyptotek there is also a café overlooking the beautiful winter garden, filled with exotic plants and palm trees, where you can enjoy lunch or a tasty desert. 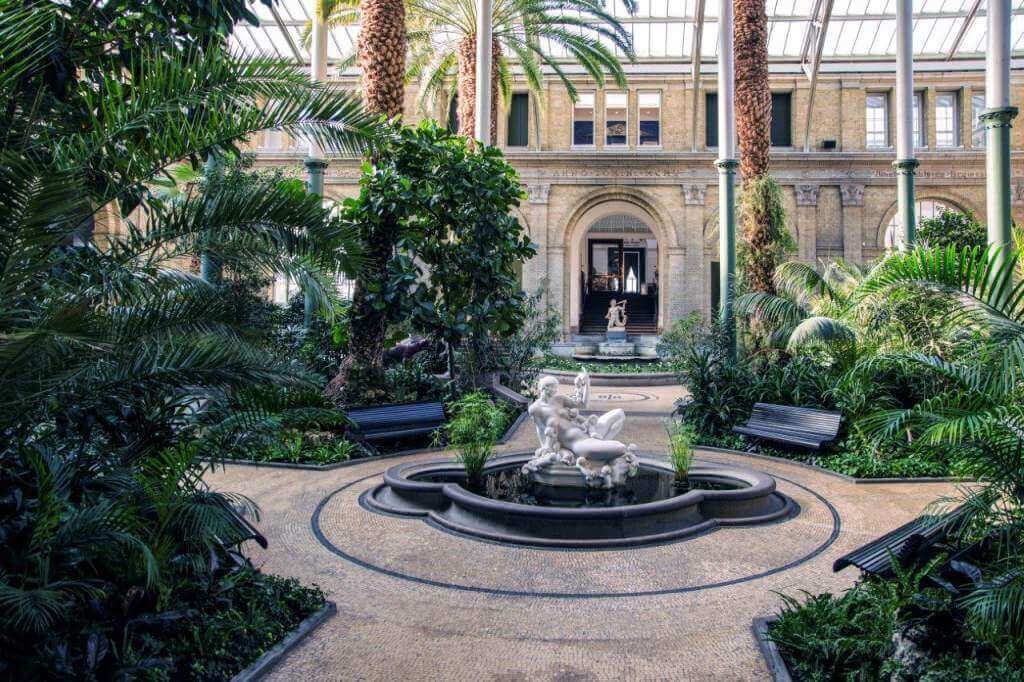 Hotels by the Glyptotek

It is really easy to get to The Glyptotek, regardless of which Zleep hotel you are staying at in Copenhagen. This is because the museum is located right by the Central Station, and so is our City hotel. That is why Zleep Hotel Copenhagen City is the natural choice for many when they are looking to explore Copenhagen, whether it is The Glyptotek, Tivoli, Arken or The Blue Planet.

With one of Scandinavia’s greatest contemporary art collections, ARKEN is well worth a visit. The museum of modern art contains a large collection and always presents exciting exhibitions. The museum building has a maritime architecture, that is supposed to represent a stranded ship (hence the name ‘ARKEN’). The museum is located on Ishøj waterfront right on the beach. Even in winter it is a beautiful sight with the frost and clear blue ocean. On a sunny day you can see all the way to Sweden.

At ARKEN you will find over 400 works of art, where almost all are from after the 1990s. Arkens vision is to “add a new perspective to the visitor’s life, so that you become wiser about yourself and life as such”. 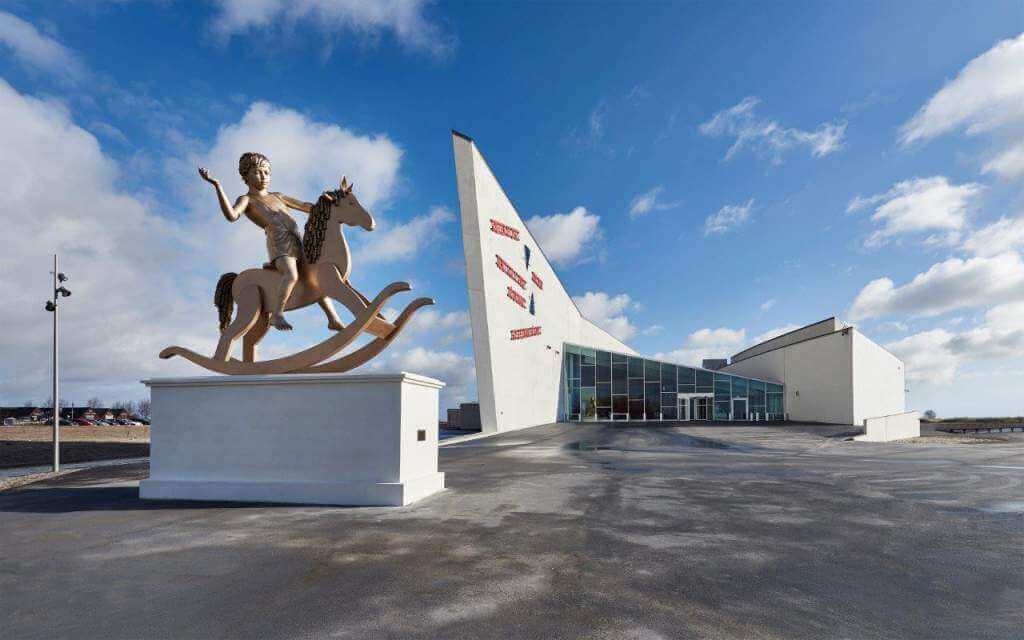 Until February 23rd, 2020, you can see the exhibition ‘Loved by Picasso – the power of love’ (in Danish: Elsket af Picasso – kærlighedens magt), through which you can experience the story of Pablo Picasso and his strong, female models. In total, 51 pieces in both painting, sculpture, drawing and graphics are exhibited, which retell the stories of the models as much more than just Picasso’s beloved muses and familiar faces. Their stories as reflected, composed and powerful women are now told at ARKEN.

In addition, you can also experience the exhibition ‘Young Danish Art – Society Forecasts’ (in Danish: Ung Dansk Kunst – Samfundsprognoser), in which ten young artists offer their ideas for innovative projections for our common future. The themes work culture, belonging and climate crisis are reflected through powerful, political and poetic pieces that challenge the way we think of life. The exhibition is open until March 15th, 2020. 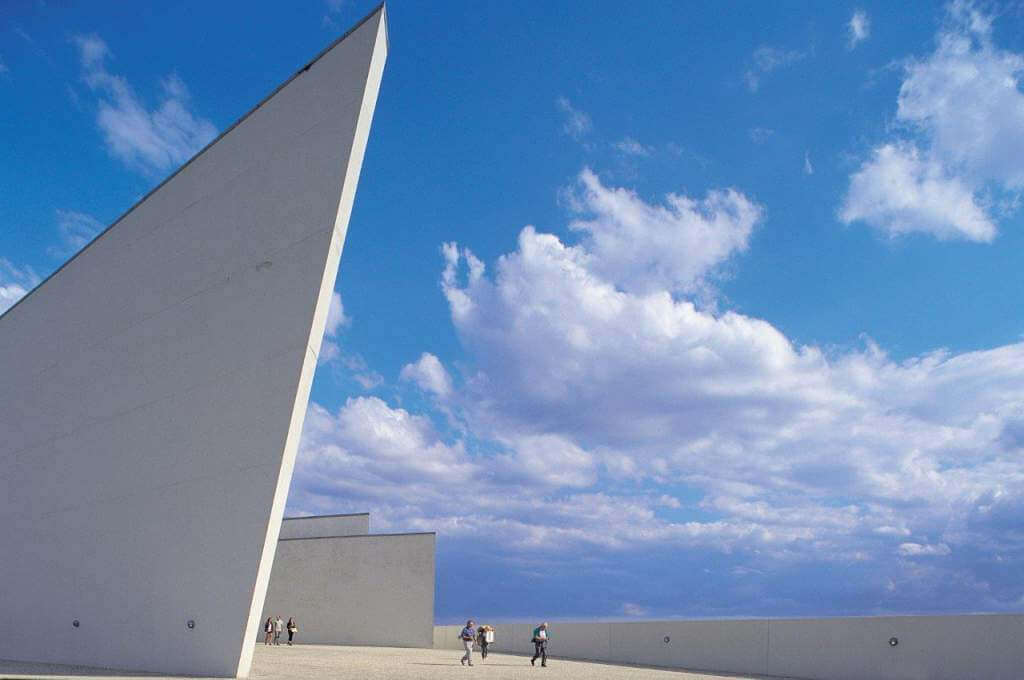 ARKEN is open almost all year round. You can find the opening hours and entrance fees on their webpage. The museum is right by Ishoj Harbour, which is a cozy marina perfect for an afternoon walk. Parking is free at ARKEN, but regardless of which hotel you stay at, it is also easy to get there with public transport. Zleep Hotel Ishoj is less than 3 km from ARKEN, so you can enjoy the lovely walk there or choose to take the bus all the way to the door.

Among Denmark’s many castles, Christiansborg Castle is probably one of the most exciting that you can experience. The castle is home to a unique history that invites you to explore 800 years of drama: Demolitions, several fires, love affairs, fights and political quarrel.

Christiansborg is divided in two and is located on a small island named Slotsholmen (“Castle Islet”). One side of the castle consists of the Queen’s magnificent halls in which the majesty’s gala dinners are hosted. The largest of the halls, the Knight Hall, can seat up to 400 guests. This is just one of many rooms that are decorated with beautiful works of art, for example the famous tapestry that described Denmark’s past 1,000 years. These halls are open to the public on a daily basis. The other side of the castle is home to the Danish Parliament, the Supreme Court, and the Prime Minister’s Office. From afar, it is possible see the tower that rises 44 meters above ground in the middle of the castle. The castle invites you to access the tower free of charge, and we highly recommend making use of this offer as you can enjoy a wonderful view over the beautiful city of Copenhagen from the top. 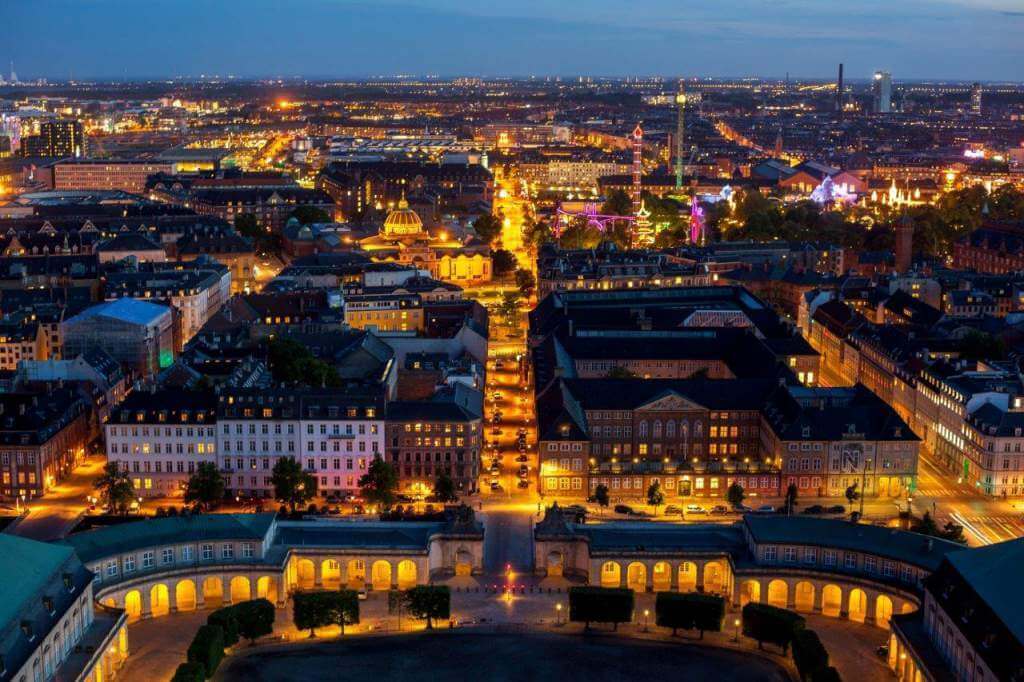 Christiansborg over and over

In 1167, Copenhagen’s castle, Absalon, was established. Back then, the city itself was not too important but the location was still strategically important as it was possible to surveil the trade in the Baltic Sea and protect the city from naval attacks. Absalon’s Castle was attacked and seized on several occasions but it was not until it was conquered by enemies in 1369 that the castle was torn down. Another 30 years went by before the castle was rebuilt, and its name was changed to Copenhagen’s Castle. This version of the castle was renovated and expanded several times until 1735 when Christian VI tore the medieval Copenhagen Castle down. He spent the following 10 years building the first Christiansborg Castle.

The ruins under Christiansborg

While a huge collection of important works of art has been collected in the Queen’s halls, a large culture-historical treasure was discovered by chance. In the basement of Christiansborg Castle, you can experience the well-kept ruins from Absalon’s Castle and Copenhagen’s Castle. In the beginning of the 1900s, when workers were casting the foundation of the current castle, they encountered several buildings and parts of the ring wall.

The large cultural treasure that Christiansborg sits on makes up an amazing opportunity to experience Denmark’s past 1,000 years of history. The exhibit rooms in the basement, through the halls, and all the way up to the tower tell a unique story about Copenhagen and Denmark.

The Blue Planet is Northern Europes biggest aquarium and has thousands of fish with over 450 different types. You will amongst others find hammer sharks, rays, sea horses and all the other colourful fish from all the oceans in the world. The building‘s beautiful architecture, which has been awarded many prizes, is inspired by a whirlpool; you enter through the center of the whirlpool (the round foyer) and are sucked into the 53 aquariums and installations. The adventurous underwater world consists of 7 million liters of water and you won’t leave the aquarium without being astonished by all the life that is gathered in one place. 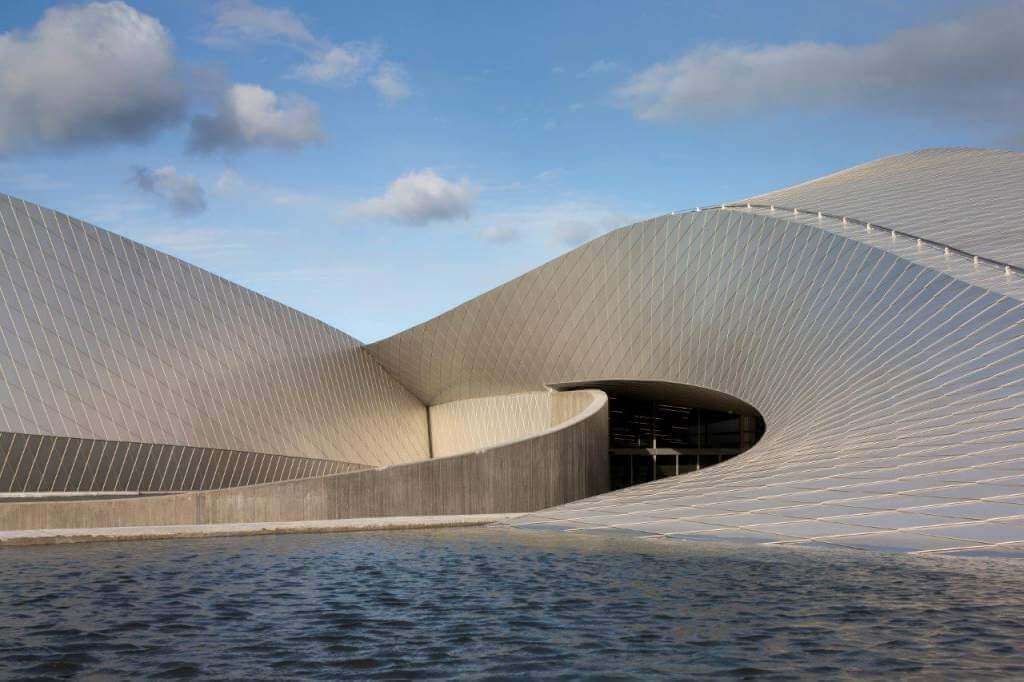 Experiences “behind the water”

The Blue Planet’s mission is to “communicate the knowledge about the marine life” and to “be a means of education”. Thanks to this, you are able to admire the most beautiful creatures in the big aquariums and at the same time learn a great deal from the information signs and the available staff. In addition to this, The Blue Planet hosts many daily activities and offer several experiences than the entry ticket gives you access to. You can for example get a rounded tour amongst the sharks, or dive with them, go on a seal safari in Øresund; and come in close contact to the sea otters. 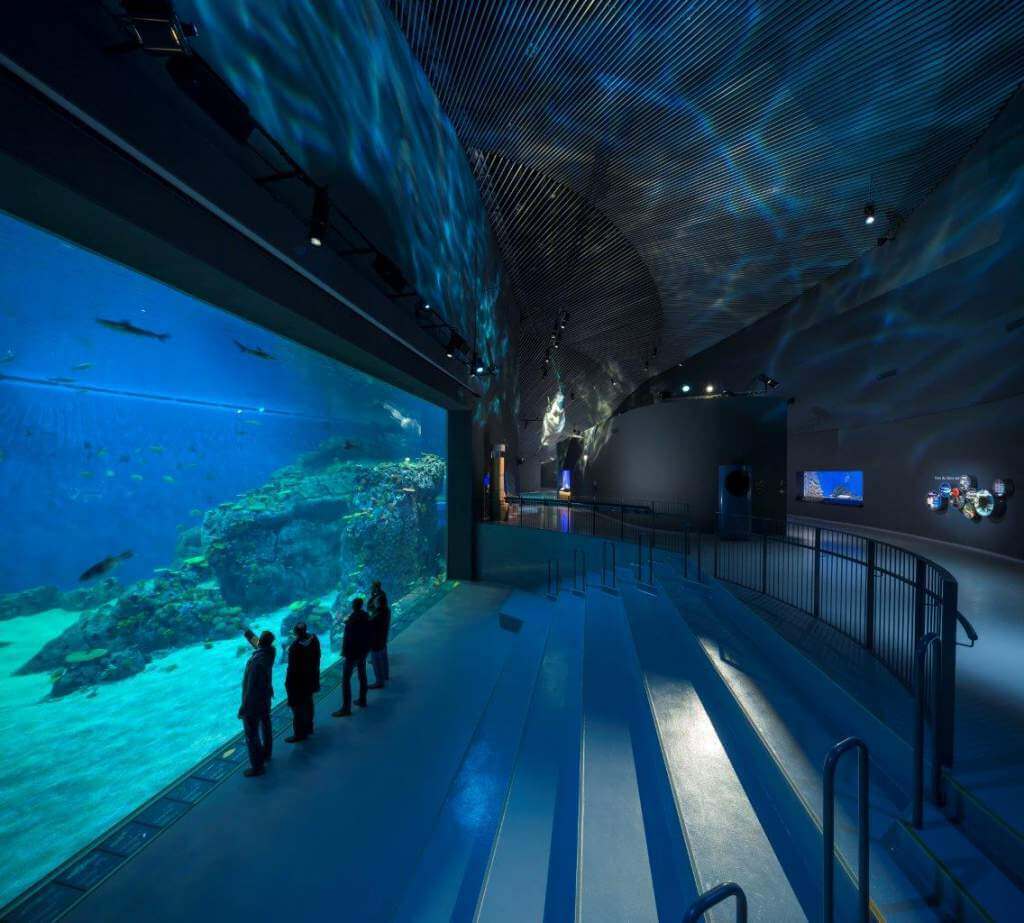 Copenhagen Zoo offers an exciting day for the whole family. There are many types of animals at Copenhagen Zoo that are a must see. So just to mention a few of them, you can see camels, lions, primates, polar bears, seals, wolves, leopards, tigers, otters, red pandas, sea lions, kangeroos, giraffs, rhinos, hippos and last but not least, chickens. Actually that wasn’t the last because there are nearly 260 animal species at Copenhagen Zoo’s 11 hektar large garden.

One of the areas in Copenhagen Zoo is called ‘Childrens zoo’. Here you can pet the goats, get your face painted like a tiger and race a cheetah. This is also where you will find one of the four playgrounds; the rabbit playground. Let the kids run free among the mounds where they can see how the rabbits live in the rabbit holes through a glas bubble. Apart from the rabbit playground, there is also a bear cave and a kangeroo and tiger play area. 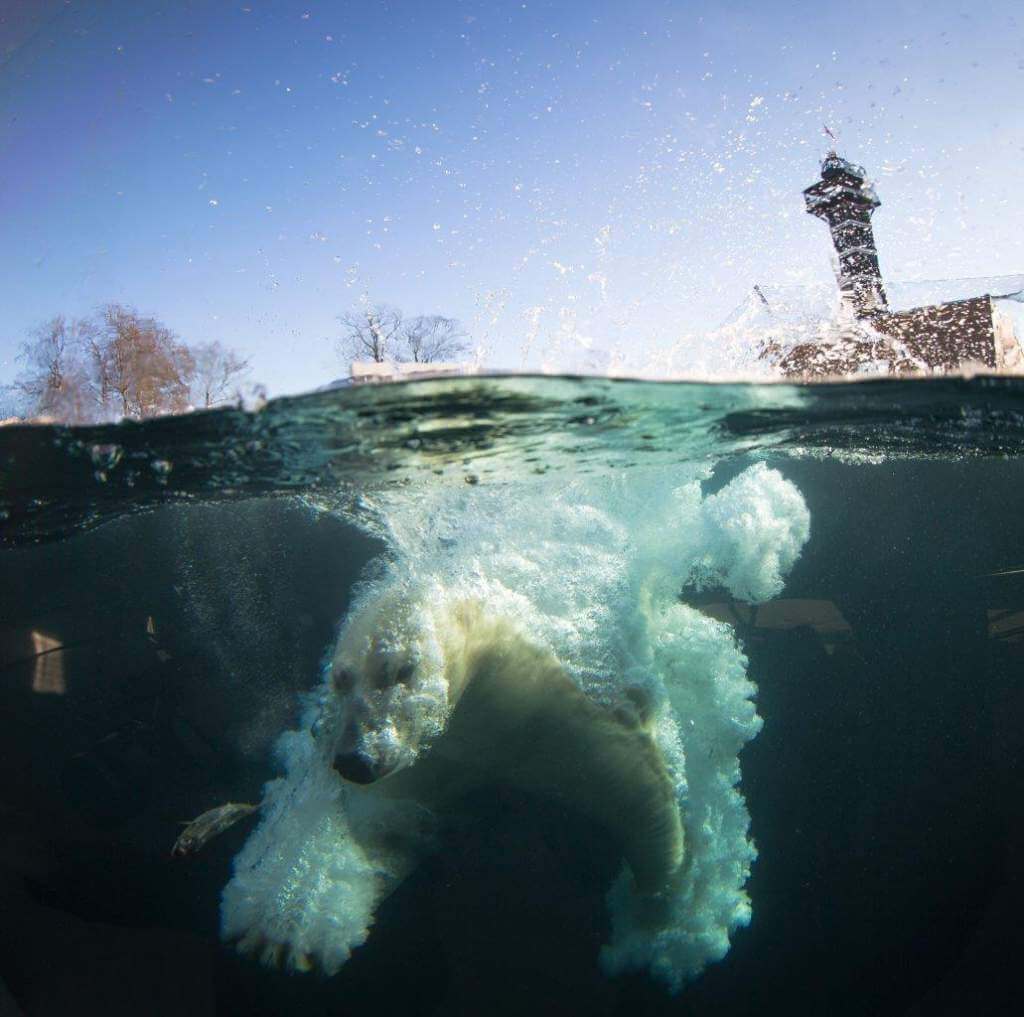 Copenhagen Zoo is open almost all year round. Skip the line by buying your ticket beforehand. You are allowed to bring your own lunch to the zoo, which you can enjoy on a park bench if it is not too cold. There are also cafés, restaurants and stalls. Otherwise you should know that the zoo is in the center of Frederiksberg, which is full of cozy cafés and nice restaurants.

Before you go, it is a good idea to check the zoo’s program where you amongst others can see the times the animals are fed.

Regardless if you are a local Copenhagener or on vacation we promise you will enjoy all that the city has to offer. We have several hotels in Copenhagen for you to choose from that are all in close proximity to public transport making it easy for you to get around. Many locals forget to discover their own city, so take a staycation and discover your home town.