Stockholm is built up of islands, green areas and beautiful buildings – so it has the perfect conditions for beautiful views. There is a reason Stockholm is called Scandinavia’s Venice – wherever you look you are guaranteed to see water since the entire city is built up from it. You will find the highest points in Södermalm; here the views are at their best, regardless if you just want to take a nice walk or sit down in the beautiful nature. Below is a selection of our top recommendations, both in Stockholm and its surrounding areas:

Stockholm City Hall is a grand building by the water of Norrmälarstrand on Kungsholmen. The golden traditional Swedish symbol “Tre Kronor”, Three Crowns in English, is the cherry on top representing one of the most iconic buildings in the capital. City Hall is also a very exclusive place to have an event in, it is for example host to the yearly Nobel feast and several other high end occasions. Here you can get a guided tour around the building and learn about the different rooms and architecture. There is the possibility to go up to the highest point in the tower many times a day. Enjoy the view over Södermalm and the inner city 105 meters up in the air with an elevator that takes you halfway, you’ll have to climb the remaining 52 meters yourself, up through narrow stairs; it is an adventure in itself, and not for the faint hearted. 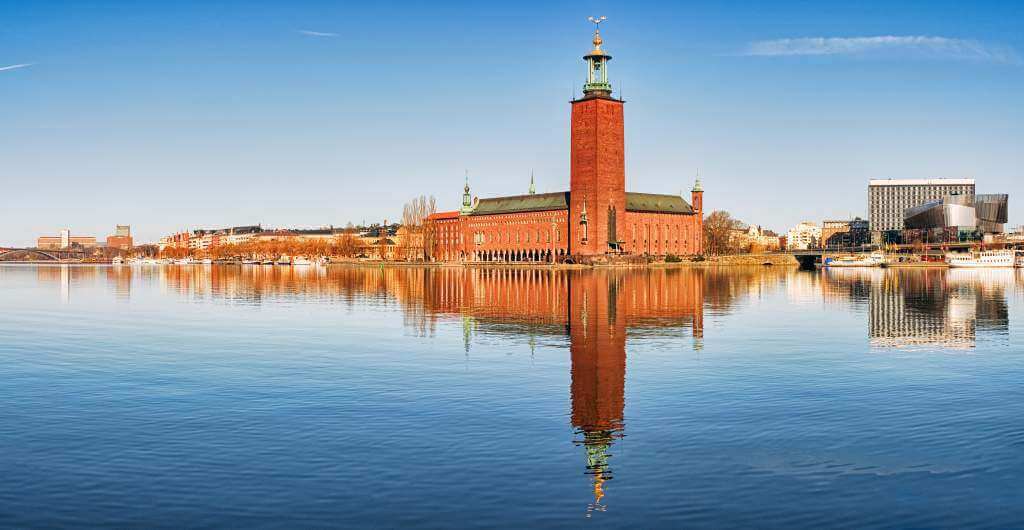 One of Stockholm’s most visited art museums with one of the best views, and a prize awarded Michelin recommended restaurant on top – could it be better? You have a beautiful view over Royal Djurgården from the large panorama windows on the second floor at Fotografiska . Come visit and see world class photographers and finish with a cup of coffee and a cinnamon bun, lunch or dinner in the restaurant. You’ll never be disappointed at Fotografiska.

First things first, the English name “cookie-nose tower” is a wordplay directly translating the Swedish name for the tower – literally meaning cookie-nose tower. This TV tower is located on Gärdet, that is sometimes considered a part of Royal Djurgården, extends 155 meters over the ground. It is not a coincidence that is it placed where it is, as it must be within reach to the radio- and TV house located a few minutes away. The tower is responsible for almost all radio and TV networks and makes sure that they are broadcasting as they should. Additionally you have everyone surveilling all programs that are shown on the Swedish network. The tower all in all, has 30 floors with an observatory on the roof. At the top floor you’ll find a Sky bar where you have a 360 degree view over all of Stockholm. Grab a drink, or eat a nice dinner in the restaurant located on the 28th floor. 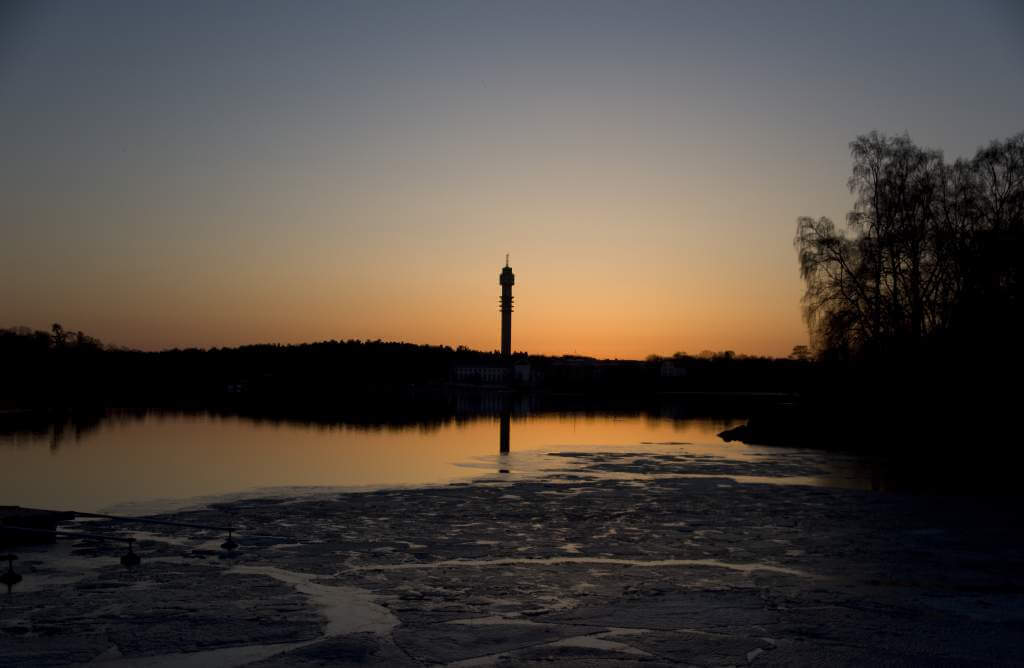 The restaurant is placed on the top floor of Stockholm’s tallest sky scarper, and therefore has the appropriate name ‘Himlen’, meaning Sky. It has a 360 degree view over the city where you can come by for a drink and continue on to Södra Teatern and Mosebacke where you have the Champagne Bar on the outdoor terrace, also with a great view. Here you’ll get a glimpse of Stockholm’s east and northern districts, while you at the same time sip cold champagne – maybe you have something to celebrate?

Grab a beer, a bag of chips and something to sit on and just enjoy! Skinnarviksberget is Stockholm’s highest point with an amazing view over Kungsholmen and the Old Town. It’s a smooth, flat cliff area and a fairly well preserved local gem, without many tourists at all. The best part, according to us, is to start at Slussen and walk along Monteliusvägen, which is a pathway along the edge; from here you have a panorama view the entire way. Have a 10 minute walk, stop in Ivar Los’ park or on one of the benches and just take in the moment. At the end of the walk, just cross the road and continue on to the other side which after a minute becomes a small hill leading you to Skinnarviksberget and your final destination. Get ready to have your breath taken away when getting over the crest.

This rooftop bar and restaurant is a relatively new addition to Stockholm’s bar scene, but has in just a short time become immensely popular. The Asian fusion restaurant offers genuine flavors from the east in combination with well selected drinks, that you also can find on the roof top, half a floor up. Get comfortable in one of the many seating areas or mingle by the high bar tables. TAK is super easy to get to since it is only a few minutes from T-centralen, the central station where all train and subway traffic runs.

Speaking of rooftops, Stockholm’s roofs are easy to “walk around on”, with the right equipment of course. Take a guided tour over the city roofs and discover Stockholm in a completely different way. The rooftop tour is also offered in Sollentuna, which is actually only one stop from Upplands Väsby, where you can see a whole other side of Stockholm. Stay at Zleep Hotel Upplands Väsby and be close to Sollentuna and experience this unique activity. If you’d rather do the tour in the city, just continue on the train to the central station.

There are plenty of attractions at Gröna Lund, that make your stomach tickle, especially high above ground. You might not have long, but the combination of adrenalin rush and admiration of a beautiful place is hard to beat. Buckle up for the attraction Free Fall, which is just what it sounds like, and enjoy the 10 second view before you’re dropped down 110 km/h, and then do it again. If you’re not a fan of Free Fall, try “Insane”, a different type of roller coastar where you’ll be thrown between up and down and back and forth, simply nothing but a bit insane – but the view is regardless just as beautiful. Is heights not your thing then fear not, Gröna Lund also has a jetty on the water with restaurants and bars. Watch the sun go down behind the city skyline whilst safely having both feet on the ground.

9. Restaurant Gondolen and the Katarina elevator

The historical Katarina elevator which was built in 1993, leads up to a beautiful lookout point and the restaurant Gondolen. The elevator was built in connection with a footbridge that leads to Mosebacke square and was meant to make it easier for people to get up on the height. Of course you can take the stairs if you’re looking to burn a few extra calories, or just want to avoid the elevator fee. You don’t have to eat at the restaurant to take part of the view, but we can’t other than recommend it. There are flavors suited for everyone with a varied menu with good food made from Swedish commodities and a masterly craftmanship under the direction of Erik Lallerstedt, one of Sweden’s most prominent chefs.

Globen is probably one of the most iconic buildings in Stockholm thanks to it’s round, golf ball looking appearance – that happens to be the world’s largest spherical building. The arena is host to many concerts, fairs and sport events and is located just south of the city center, and is easy to get to with the subway. Two “lifts” have been installed along the side of Globen that run along the edge with a wide view over the city. The lifts go each 10 minutes from a starting point of 130 meters and is a world attraction in itself, that should not be missed. 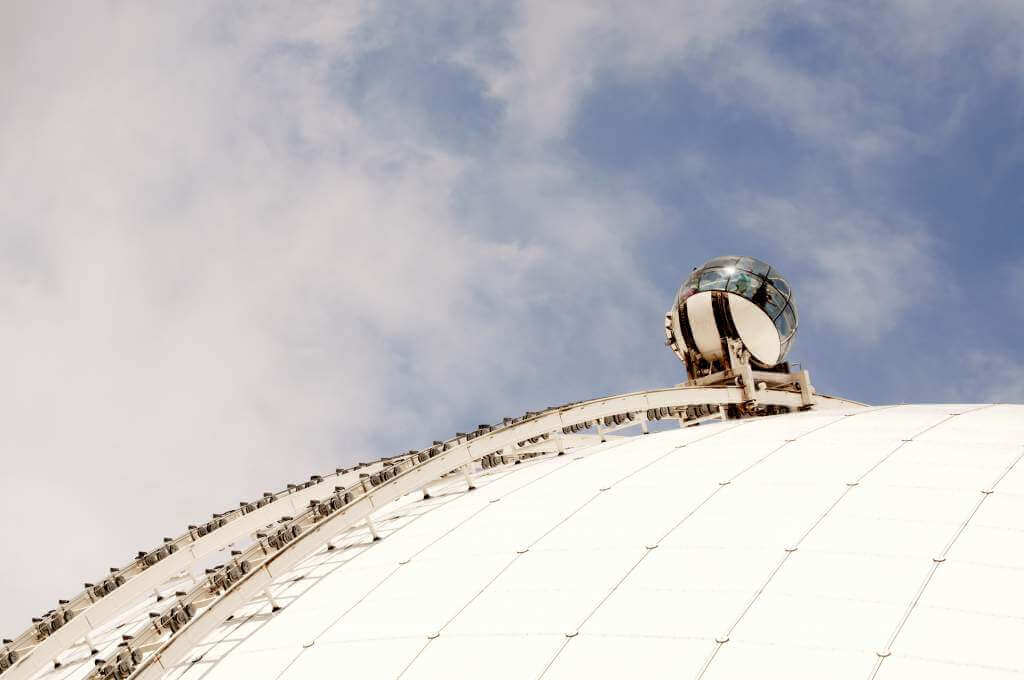 As you’ve read there are plenty of fantastic views not to be missed in Stockholm, and it’s surrounding areas. Enjoy discovering the beautiful city and all it’s sights.