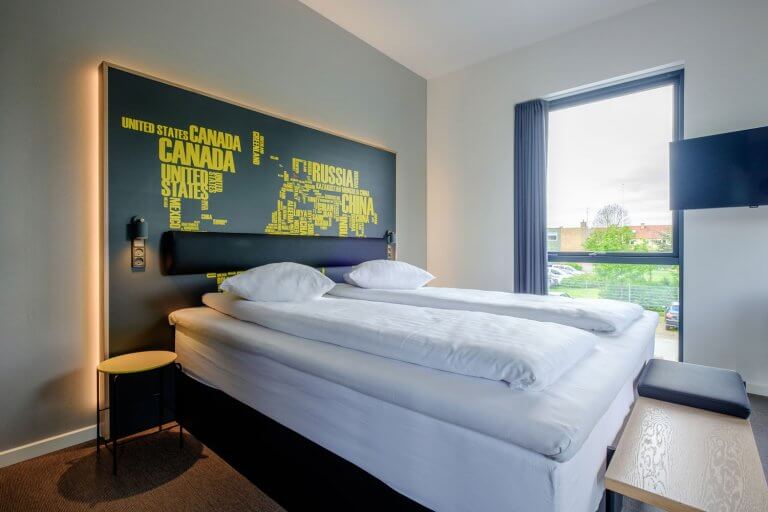 At Zleep Hotel Copenhagen Airport in Kastrup, 2016 sets off with the beginning of an expansion. The hotel’s room count is increased by 11, so that a total of 105 rooms are available in the Spring.

Zleep Hotels took over the operations of the hotel in Kastrup in 2014. After a large renovation of half the room as well as the lounge area in 2015, the new owners deemed the Zleep brand applicable to the hotel and chose to change its name to Zleep Hotel Copenhagen Airport. The first floor, where a restaurant used to be, has been emptied and cleaned, leaving space for another 11 hotel rooms. The expansion has already begun and is expected to be ready by the end of March.

“Since the renovation in the Spring of 2015, we have received an overwhelming amount of positive feedback from our guests, and we couldn’t be more proud! We enjoy being able to deliver a nice, modern and comfortable hotel with a personal, down-on-earth atmosphere. Now we are getting more rooms, some of which will be superior family rooms; those we are very happy to be able to offer, especially in the summer period,” explains Susanna Lund, Hotel Manager at Zleep Hotel Copenhagen Airport.

The hotel has had an extremely high occupancy rate since the takeover, which means it often is lacking capacity. This is a wonderful luxury problem, but Zleep Hotels wants to be able to satisfy the demand.

“We have a luxury problem and that can be helped a little by converting empty facilities to 11 new hotel rooms. It isn’t a large expansion, but a little goes a long way,” says Peter Haaber, CEO at Zleep Hotels, and continues, “the hotel by Copenhagen Airport has basically been fully occupied since its renovation, and we believe that we will experience an increasing demand that correlates with the development in passengers at the airport. It is the same trend we are experiencing at Zleep Hotel Billund, which is also expanding its room capacity. The Danes travel more, and more tourists are visiting Denmark. That combination is filling up the hotels.”