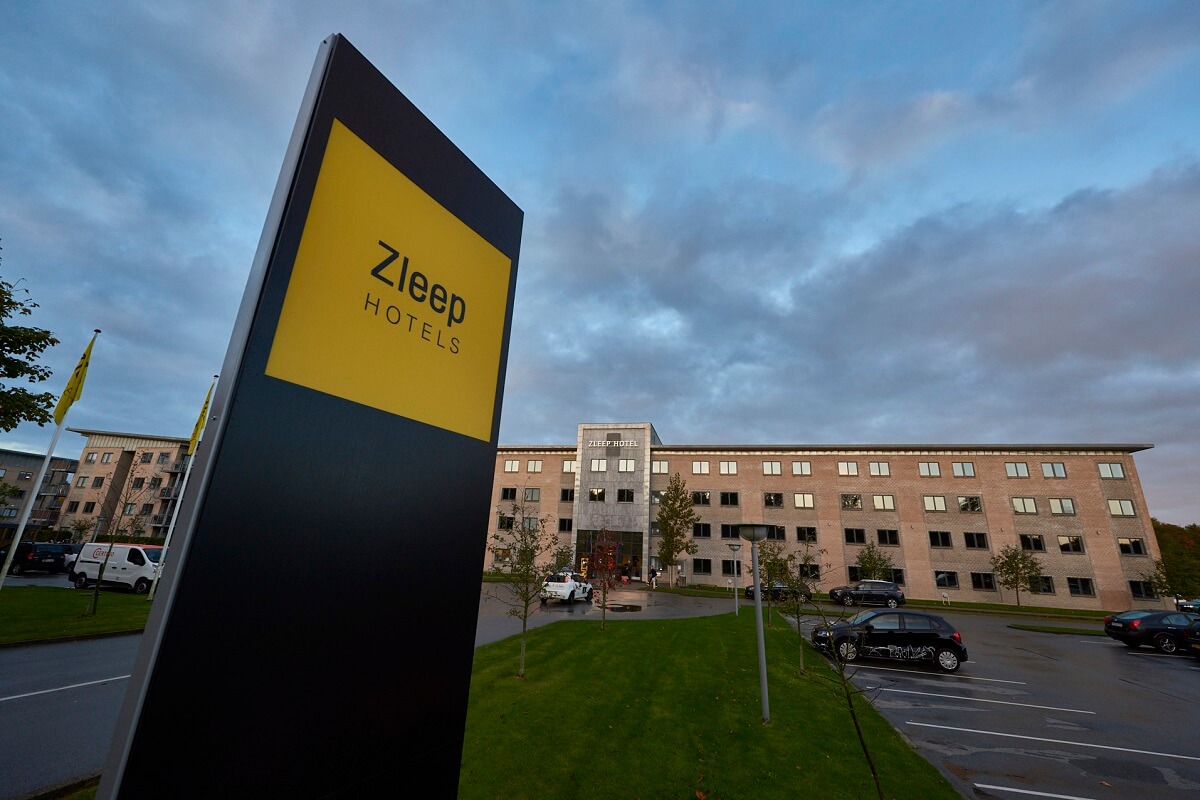 The foundation for growth has been built

For Zleep Hotels, 2017 was the year in which it truly positioned itself as a central actor in the Nordic hotel market. New highly profiled professionals have become part of the growing organization, new technologies have been developed and implemented, and the number of confirmed hotels has exploded.

New hotels on the way

While Zleep Hotels operated nine hotels in Denmark in 2017, the company has a goal of operating 20 hotels by 2020. A big dream, which is gradually looking more realistic for two reasons. The first is that five new Zleep projects have already been confirmed. In 2019, the brand will open hotel by Royal Arena in Copenhagen, in central Hillerød, Aarhus Skejby, Upplands Väsby just outside of Stockholm, and centrally in Aalborg. All in all 670 rooms in the pipeline, among which is Zleep Hotels’ first opening outside of Denmark. Among the investors are ATP Real Estate, PFA Real Estate, FastPartner, PensionDanmark, and A. Enggaards.

Second of all, Zleep Hotels has established a sister company, Core Hospitality, a new white label hotel operator for the Nordics. The operating company will draw on the competences from Zleep Hotels’ strong organization and will drastically increase the company’s growth potential. Core Hospitality has taken over the operations of Hotel Marina, north of Copenhagen and will be operating the upcoming Moxy hotel in Copenhagen. These two hotels add another 360 rooms to the group.

In 2017, renovations continued. Most of the Zleep Hotels were renovated during 2016, but in 2017 Zleep Hotel Copenhagen City went through another round. Half of the room floors have been renovated and the lounge facilities on the ground floor have been upgraded, ensuring a much cozier atmosphere.

The entire year was also spent on expanding Zleep Hotel Copenhagen Airport, adding another 67 rooms to a total of 126 rooms. The hotel also developed a new parking lot, a fitness room, upgraded breakfast facilities, and larger lounge areas. Read more about the expansion in Kastrup.

Apart from renovations at the hotels, the breakfast buffets have also been upgraded in 2017, which was rewarded with a bronze label from The Organic Cuisine Label. All Zleep Hotels now serve between 30 and 60% organic produce, which is proof that organic food is not just reserved for guests at more exclusive hotels.