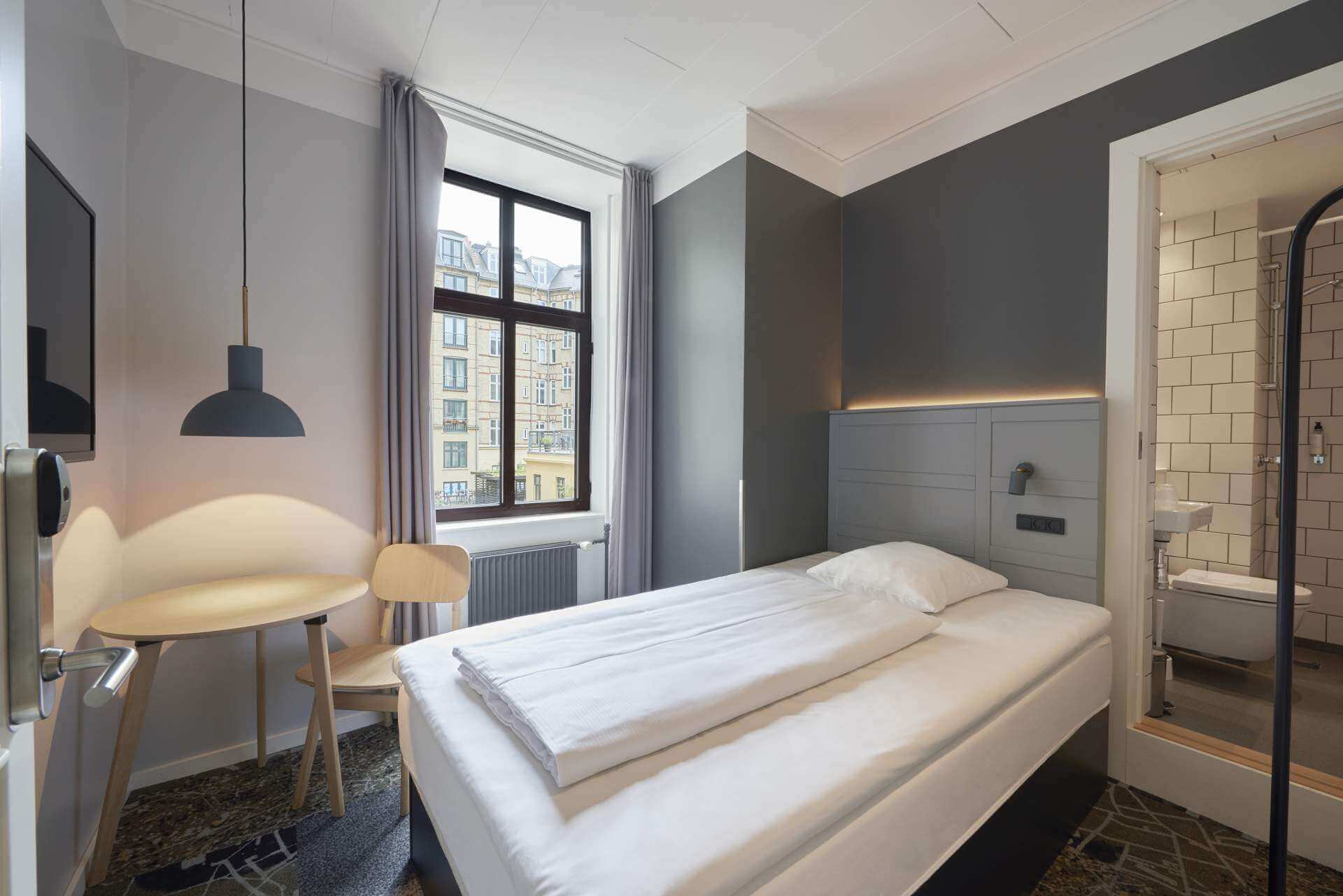 32 rooms are being totally refurbished at Zleep Hotel Copenhagen City on Vesterbro in Copenhagen during the first quarter of 2018. The renovation is the third stage in a long-awaited project in which the hotel is being upgraded to a modern accommodation for travelers to Copenhagen and, according to Lonely Planet, one of the hottest city districts in the world. When finalized, most of the hotel’s 76 rooms will have been renovated and reached the goal of adjusting the design to the local environment’s modern and trendy atmosphere.

The third stage of the renovation project at Zleep Hotel Copenhagen City is now beginning. The process began in 2016 when the first floor was renovated, and it continued through 2017 with renovations of the second floor and the lounge area on the ground floor. Now, the project has reached the third and fourth floors, which will be ready in April of 2018.

‘Atmosphere’ has been the keyword of the project. The new surroundings ensure an atmosphere that improves the guests’ overall experience. The facilities that have already been very renovated have been well-received by the hotel’s guests, and the upcoming renovation is expected to further improve the experience. The positive reception is, among other places, seen in the hotel’s online reputation, which has improved by nearly 20% over the past two years.

The fourth and last stage is just around the corner. Zleep Hotels hopes that the hotel’s fifth floor will be renovated by the end of 2018, so that all rooms will be of the same quality. The icing on the cake will be the development of the breakfast restaurant where it is currently planned to introduce a new, exciting café concept to the Copenhagen market, but the hotel brand is still looking for potential partners for this project.

Zleep Hotels is an innovative hotel company. Zleep’s vision is to always deliver quality, service and design at a great rate for the many. Today, the hotel brand consists of 9 hotels in Denmark. Further 4 hotel projects have been published. The goal is to operate 20 hotels in 2020. To realize this goal, Zleep Hotels must prove its competences to be considered an attractive franchiser, partner and investment.