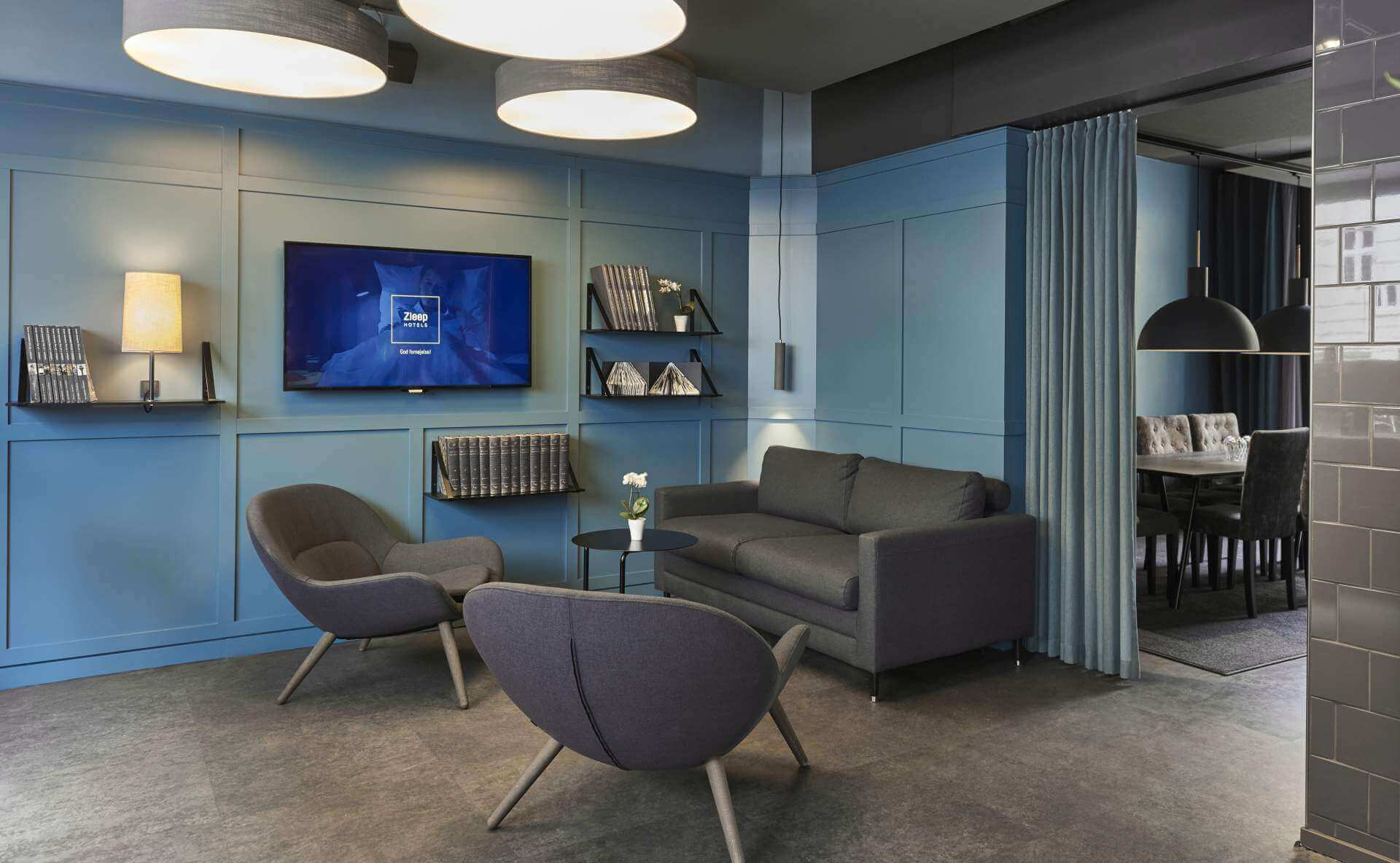 The calendar now shows 2019 and another year has passed. For Zleep Hotels, 2018 has been a year of preparation getting ready for the massive company growth in the years to come. The Danish hotel chain expects to double the business in just two years, and this is simply based on the new projects that have already been confirmed.

In total, six hotel projects have been confirmed to open in the next two years. The first two will open in January 2019 when Zleep Hotels returns to Aalborg and for the first time enters the Swedish market in Upplands Väsby, Stockholm. The Danish hotel chain has seen great growth in recent years, but it is now that the chain will expand significantly. Many investors keep showing interest, and larger pension funds has already entrusted Zleep Hotels with new hotel projects including ATP Ejendomme in Ørestad (Copgenhagen), Pension Danmark in Skejby (Aarhus) and PFA Ejendomme in Hillerød. While the hotel chain today accounts 870 rooms, the upcoming projects are expected to double the number of rooms to an even 1700 by 2020.

A year of preparation

The entire organization has been upgraded, making sure Zleep Hotels is prepared for the future development. In particular two parts of the organization now has higher and better competences suitable for future challenges. First of all, the sales department now includes Director of Sales, Lisbeth Simonsen, and three Sales Managers in Denmark, all of whom proactively offer companies favorable company agreements with the entire hotel chain.

“Zleep has a product that often sells itself. Therefore, we have worked strategically on formalizing the processes making it easier for all parties to make agreements with us. Hopefully, this will also ensure that we in the future can tailor agreements to the customer’s actual needs”, says Lisbeth Simonsen, Director of Sales at Zleep Hotels.

In addition to sales, it is mainly the operating team that has been upgraded in 2018. This has been done in consideration of the new hotels that are planned to open but also to align and increase the quality level of the existing hotels. Per Denker Sørensen, COO in Zleep Hotels, comments:

“Today we can operate in a completely different way than in the beginning of 2018. We have upgraded, and we have secured stronger procedures making us ready for 2019 and the many new projects to come”.

An attractive place to work

Although the industry and the demand for labor is growing, Zleep Hotels has not experienced any problems when it comes to hiring. According to Zleep itself, it is the strong employer brand and the company’s efficient business model, requiring fewer resources as it focuses only on hotel operations, that are causing the hotel chains success.

“The restaurant industry has had recruitment challenges the past 10 years. There is nothing new in that. We are not nervous, even if there is a greater demand for labor, because we focus on hotel operations. In addition, Zleep is a strong and exciting brand that many would like to be a part of. And what we demand of potential employees is the right attitude; the rest we can teach them”, says Tina Berning, HR Manager in Zleep Hotels.

In addition to increased growth, organizational upgrades and the increasing attention, 2018 has also offered a number of new, exciting investments for the hotel chain. Important functions are insourced, new collaboration agreements have arisen and effective digitization options are implemented:

Zleep Hotels is an innovative company on the road to success. Zleep’s vision is to always deliver quality, service and design at a great rate for the many. Today, the hotel brand consists of nine hotels in Denmark. A total of six hotel projects are already published and in the pipeline. The goal is to operate 40 hotels in 2025. To realize this goal, Zleep Hotels must prove its competences to be considered an attractive franchisor, partner and investment. Read more about Zleep Hotels.