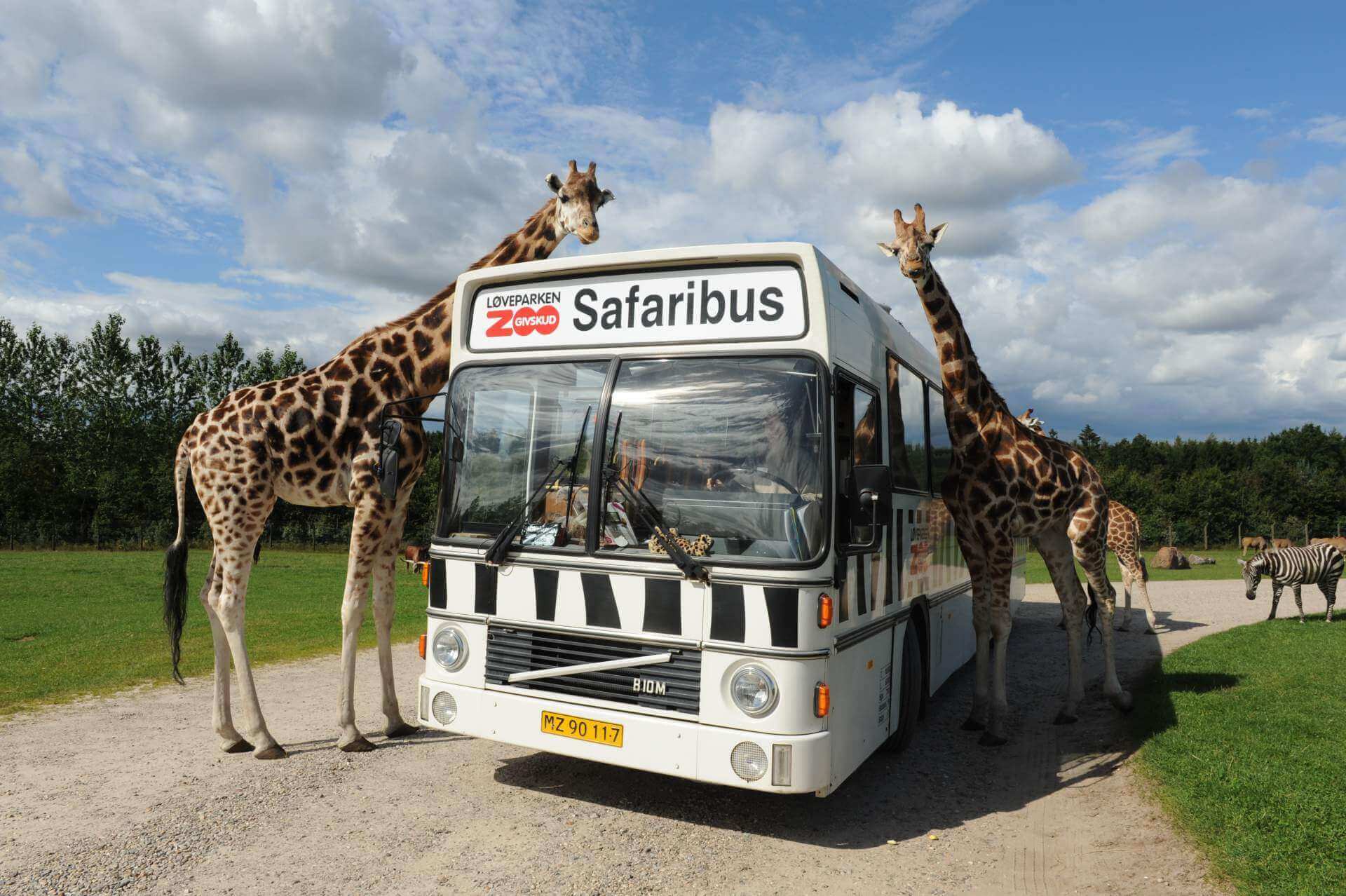 What started out as a lion park in 1969 is today a large safari park with around 50 different types of animals. At Givskud Zoo, several species live amongst each other in large facilities where they can truly be themselves. For example, you won’t just find rhinos in the rhinoceros’ savannah, but also wildebeest, black roan horses, antelope and buffalo. A third of all the species in the park are endangered in the wild. That’s why Givskud Zoo is part of an international breeding cooperation which acts together with zoos from all over the world.

The purpose of Givskud Zoo is to educate and offer its guests an inspiring recreational environment. For more than 40 years they have excelled in sharing knowledge through an experience that is interesting and exciting for both children and adults alike. Today, the safari park is among the six state-approved zoos in Denmark

The safari park is no ordinary zoo where you go from one cage to the next. Here the animals have plenty of space and most of them live together in zones. There is also a path around the zones, but to get up close, you will need to drive through by car. Therefore, you can enjoy two different experiences when visiting Givskud Zoo, because it is not just a classic zoo, but also an amazing safari adventure! The zones are divided into South and North America, the African savannah and the Lion’s territory.

There are stops in between the zones where you can, among other things, observe gorillas and giant otters. It is also an excellent place to eat a picnic lunch or grab a tasty bite from the “Safari Grill”, “the Pit Stop” or “the Zooasis”. There is also a gas grill which is free to use.

As mentioned, the safari park began as a lion park. Today, there is still a large facility where the lions are thriving amongst each other. The lions are quite used to cars, so they may get close – but please don’t try to pet them. Givskud Zoo is worth a visit just to experience the beautiful lions up close.

Givskud Zoo’s seasons usually begin in March and end in October. The opening hours vary. You can see a time table and ticket prices at givskudzoo.dk.

You can walk along a 6 km path during which you will see animals, such as elephants, camels, wolves and gorillas. However, we recommend if possible to visit with a car. There is no additional cost for using a car and you can undertake a long safari trip among the animals. If you are unable to bring a car, you can enjoy a guided tour in the safari bus for just DKK 40 more.

Stay at an affordable hotel in Billund. Our hotel is located close to Givskud Zoo and all the other attractions in Billund.